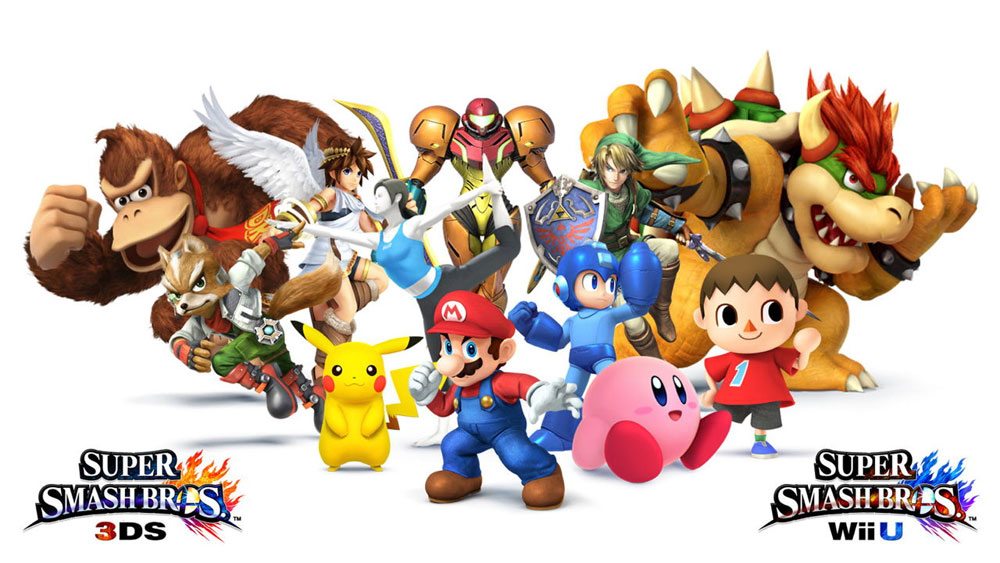 Nintendo‘s Smash series has spanned 4 generations, starting on the N64 as a way of combining Nintendo’s biggest names and allowing them to duke it out in an all or nothing deathmatch. Of course, with such a strong premise, the series is immensely popular. No other game has so many legends in 1 place (we don’t talk about Sony’s attempt…). Where else can you have Sonic, Sega’s super fast mascot, go toe-to-toe with Samus Aran, the legendary Metroid hunter? Here are 5 reasons why Super Smash Bros is amazing.

Lets be blunt, Smash has a massive roster falling just shy of 50 characters. Its size, and scope is only matched by its diversity. Every character in Smash 4 feels unique, and adds its own set of challenges to the mix. Having so many characters, with the vast majority of them being unlocked from the get go, allows you to experience something new and different every time you load it up. Of course, this is not taking into considering the expansive stage selection, all of which having an “Omega” version for a true test of skill.

The beauty of Smash is that literally anyone can pick it up, and have a good time. With only 2 attack buttons, a shield and a grab you can learn the basics in about 5 seconds. That is the level of accessibility Molyneux wanted for Fable…done right, and done much, much earlier. Despite the simplicity, you feel fully in control of your avatar, every move is responsive and lightning fast. With every controller imaginable supported, and every button, and stick, completely rebindable, you have PC level of control optimization, so Smashing always feels comfortable.


Fighting games are notorious for having very little content. You have you arcade mode, a team mode of some sort, some online functionality and usually, that is all you get. Like its predecessors, Smash 4 is full of unlockables, collectables, secrets and crammed with stuff to do. On top of your basic 4 man smash, you have Arcade, Event, All Star, 8 Man Smash, Conquest, Smash Tour, Ranked, and Unranked Online play, Master Orders, Crazy Orders and full Amiibo support. There is also a Level Editor, a music area where you can make your own playlists from unlocked tracks, which contains some of the best music in gaming, and a trophy room where you can get trivia on some of the most obscure things from Nintendo’s past. Oh, and an incredibly difficult Challenge List pushing you to your absolute limit if you want to complete all of them. In short, there are hundreds of hours of game.


As I mentioned, there is Online in Smash 4. Unlike Brawl however, Nintendo has really stepped up their game, and we finally have a proper online suite in order to play Smash against people from around the world. Whether you want to play intense 1v1 matches in an all or nothing ranked mode, play team modes or just go for the classic free for all, Smash Online has you covered. It has taken long enough!

Smash may be one of the most easy to learn games on the market, but it is also one of the hardest to master. It is a common misconception that Smash is casual, simple and button mashy, however this is not the case. Since Melee Smash has had a massive following in the Pro scene, with tournaments all over the world, and with the dawn of E-Sports, you can see the amazing things people can do with only 2 buttons. This is the real reason Smash has stayed so popular over the years, and why people beg for sequels. The games simplicity is a ruse, a cunning disguise, something to hide the truth, and that is that Super Smash Brothers is a hardcore fighter that requires incredible reflexes, planning and skill to come out ahead. To put it plainly, it is one of the most satisfying experiences in gaming. Well played Nintendo, you had us all fooled.

Valve To Partner With HTC On Virtual Reality Project

What “Uncharted: The Nathan Drake Collection” needs to improve upon

Author AlexanderPosted on July 21, 2015January 30, 2017
It seems that I am the only person on the planet who doesn’t quite like “Uncharted” gameplay and for single very specific reason –...
Read More

There’s No Way Persona 5 Comes Out this Year

Author Kevin TashPosted on June 23, 2015October 7, 2019
Persona 5 According to the official website for Persona 5 the game is still coming out this year, which is simply untrue. 2015 is...
Read More