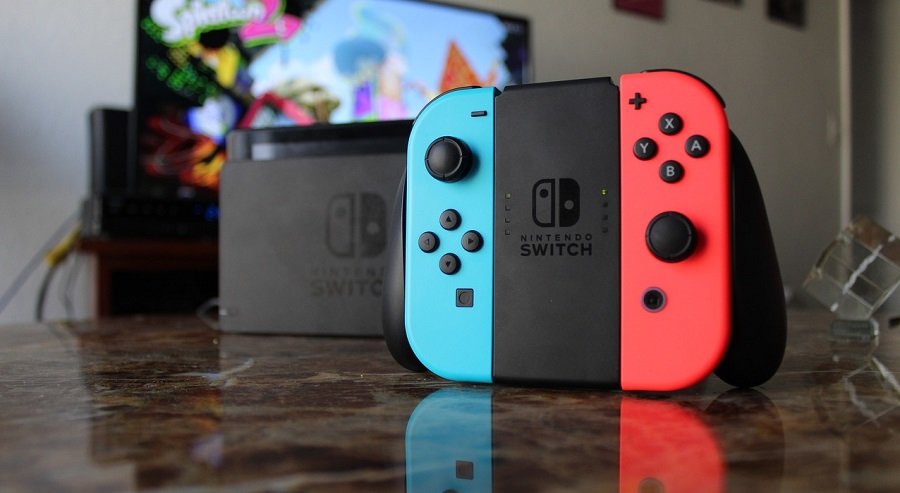 Yesterday Nintendo teased a brand new Nintendo Switch accessory, but they didn’t reveal what games it will be used for. The accessory comes in two parts, the first of which is a strap that attaches to the player’s leg, and has a holster for one Joy Con. The second part is a circle that the player must hold onto in order to play a game, which also has a holster for a Joy Con.

Check out the trailer below and read on for the five types of game we think the accessory could be used with.

While this isn’t the first type of game you might see this accessory being used for given what the players are doing in the above video, it’s undeniable that this device looks a lot like a steering wheel. With the Nintendo Wii, the company released a steering wheel accessory for the Wii Remote to slot into, and this new Nintendo Switch accessory looks like the next evolution of that. With most Nintendo Switch bundles coming packaged with Mario Kart 8 Deluxe Edition, it’s likely that nearly all Switch owners have a racing game to entice them into purchasing this accessory for.

In the trailer for this new Nintendo Switch accessory most players look like they’re taking part in some sort of fitness game. With Nintendo’s history of creating fitness titles such as Wii Fit for the Nintendo Wii, and Fitness Boxing for the Nintendo Switch, it stands to reason that this accessory will be used with a new fitness-focused game. Many consumers opted to purchase the Nintendo Wii after Wii Fit had released, because they wanted an easy way to keep fit at home. It’s possible that Nintendo is looking to capitalise on this market again, but this time with the Nintendo Switch.

Another way we see players using the new Nintendo Switch accessory in the video is by performing yoga moves with it. The Joy Cons could feasibly be used to track a player’s location and position, meaning it’s possible that a yoga experience for Nintendo Switch may use this accessory. Once again, the market for fitness games is open for new titles such as this, which will allow players to learn and develop their skills in yoga without needing to go to a session in person.

It looks like there are four possible locations to put Joy Cons in on this new Nintendo Switch accessory. This leads us to believe that the device could be used for players to interact with party games. The Nintendo Switch is home to a host of party game titles such as Jackbox, and even Super Mario Party. With the wide range of minigames available within these titles, it’s easy to see how this accessory would be useful for both developers and players.

The Nintendo Switch has a huge number of puzzle titles available, many of which are indie games. However, many don’t take advantage of the console’s unique motion controls, opting for button interactions instead. This new Nintendo Switch accessory offers a brand new way to play games, and a brand new way to solve puzzles. On many mobile titles’ players need to move their smartphones around in order to interact with games, and that’s exactly what this accessory would allow for. By twisting and turning the new Nintendo Switch accessory, players could easily move and interact with objects in a game’s world.

Nintendo has said that they will reveal more about this new accessory on the 12th of September. Only time will tell if any, or all, of these game types will use the new accessory in the future.

So what do you think this accessory is made for?

vGamerz Thanks to all our Contributors; Independent Writers, Journalists and Guest Bloggers for helping the site to became better with good an engaging content and for keeping our readers up to date with the most recent updates about all types of online games.

Gears 5 Hasn't Had the Best Start

Author Nick ConnorPosted on May 7, 2016January 9, 2017
The Strong’s World Video Game Hall of Fame for the National Museum of Play located in Rochester, New York, has announced the second line...
Read More

Author Nick ConnorPosted on January 13, 2016January 30, 2017
All the major details have been released regarding the second DLC pack for Mortal Kombat X with a new gameplay trailer showing off the...
Read More