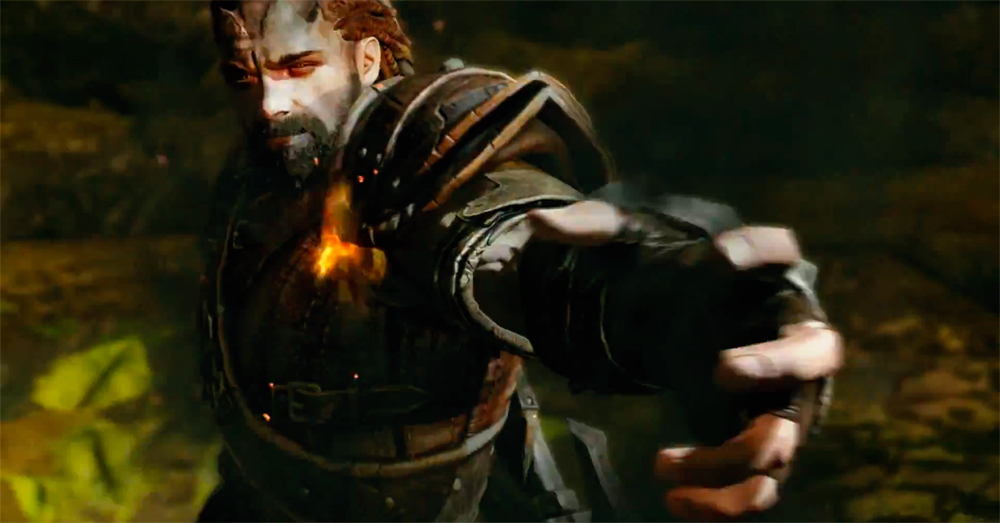 Demoniac is probably the best word to define Bound by Flame, the upcoming action-RPG game from Spiders and Focus Entertainment, since the whole game revolves around the protagonist and his inner demon. But the real question is. What does it take to be a demon? In most games, including RPGs, your combat preferences don’t influence anything in-game. However, in Bound by Flame, everything changes with your decisions regarding your hero’s power. Being a demon is not a simple aesthetics choice; instead it’s an alternative power source that will help you defeat your most feared enemies, the Deadarmy.

Being a demon is certainly risky but without risk there is no gain. Taking the demon path will radically change the storyline for you and for those fighting at your side. Certain allies will even take rash measures and oppose you, if you insist in perusing this path. Why? Well, they don’t really like demons for obvious reasons and according to Sybil, an upcoming mage companion, there might be harsh consequences for extensive uses of demonic powers. Fighting evil with evil is a wise short-term solution but what about long periods of exposure? The demon will seek to fully possess the hero’s body and the more offers he accepts, the further away he will be from his humanity. That’s when control will become a problem. With an evil entity seeking for total domination, there’s too little to be done about self-awareness. I guess that’s how the demonic path will truly differ from the human one, since the demon will randomly take control and the hero cannot be responsible for its acts. A body with two souls is, indeed, problematic and dangerous. Eventually, he will completely lose himself to the demon and then, there’s no coming back. If that happens, hopefully after the Deadarmy is defeated, then I highly doubt that his companions and allies will allow a free demon to journey the land.

Hero Changes: A Creature of Fire

The path of demon transformation is a slow and gradual process. As Bound by Flame story unfolds, the hero will either accept or refuse the demon’s offers. When the answer is positive, his original human form will slowly mutate into a dark and horned humanoid. The changes are clearly visible and there are several stages of transformation. The more power you acknowledge, the more demoniac your appearance will become. First, your skin will become darker and your eyes will change into black and orange. Then, mysterious flame markings will start appearing in your face and shoulder; little horns will grow from your forehead as well. The last stages of the demon path are mere intensifications of these features – darker skin, flame veins and larger horns. Your hero’s appearance will radically change to a point that you’ll barely recognize him. This same logic can be applied to his personality. As he loses himself to the demon, he’ll become stronger physically but mentally weaker. A creature of fire bears no human soul. It has its own free will and it cannot be stopped.

There’s a third feature regarding the demon path that involves direct combat. Becoming stronger and incredibly powerful through arcane magic is just the beginning of a long journey. Your physical changes will become realistic and impactful in-game, meaning that once you’ve grown horns you cannot wear helmets anymore and once your face and shoulder is covered in flames, you cannot wear a normal chest piece or shoulder parts. The more offensive spells you learn, the less defensive you’ll be, since you can’t wear standard equipment anymore. It’s a fair and optional trading, as well as a game balance feature. If you choose to remain human, then you’ll surely be more defensive than offensive. As a creature of fire, you’ll be able to tolerate fire in all its essence. However, you’ll be much more vulnerable to other arcane elements, specially water and ice.

Demon or human, the choice is always yours. Embracing the evil side has positive and negative aspects but in the end, it’s up to you to judge which way suits your gameplay the most.

Is Destiny Going to Be Another Traditional MMO?

We Are Changing “Call of Duty”

Author AlexanderPosted on July 21, 2015January 30, 2017
Call of Duty series is not going anywhere in the foreseeable future, but it is absolutely not a bad thing. Yes, the last four...
Read More

Everybody’s Gone To The Rapture Review

Author NicolePosted on September 18, 2015January 30, 2017
In the 5-6 hours it took me to unravel the mysteries within Chinese Room’s Everybody’s Gone To The Rapture, I found myself experiencing an...
Read More

Author Nick ConnorPosted on July 27, 2015January 30, 2017
Hearthstone‘s next expansion, The Grand Tournament, is bringing plenty of new cards to the game for bold new ways to play.  The main focus...
Read More

Author KirstenPosted on June 23, 2015October 7, 2019
Horror If you are a survival horror fan of games such as Resident Evil, Silent Hill, etc, and you haven’t checked out Outlast, well....
Read More

FFXIV: Why The Rising Made Me Tear Up