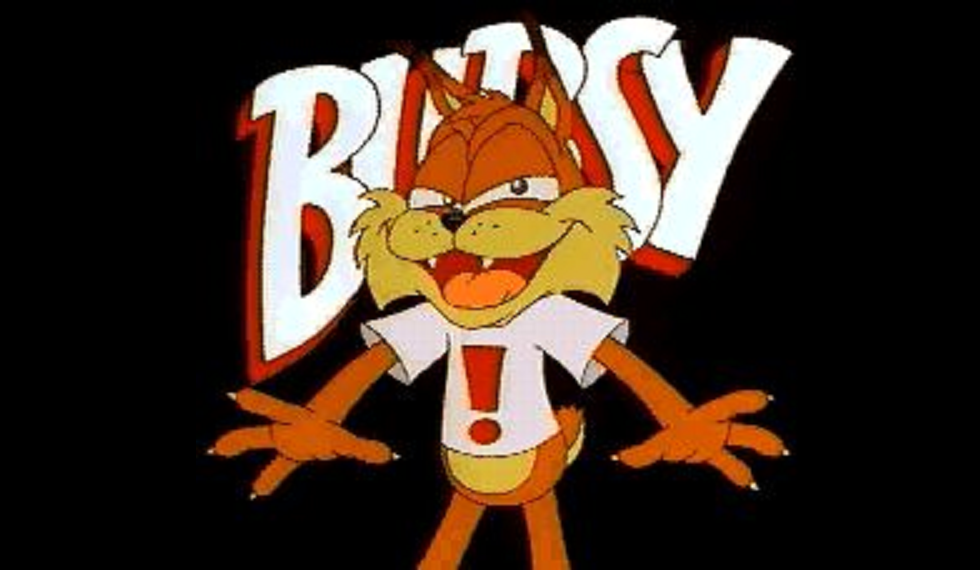 Bubsy the Bobcat may very well be the single most infamous video game character in existence.  Of all the mascot characters that sprang up in the 90’s in the hopes of following the success of Mario and Sonic, Bubsy has been branded as the most decried of the bunch.  It may not be entirely warranted as there were plenty of other hastily-developed platforms from the time that were arguably worse than some of titles starring Accolade’s bemoaned furball, but the public consciousness has already deemed the wisecracking bobcat a black mark on gaming history.  Now, Tommo Inc. and Retroism have picked up the license and are trying to release the first two Bubsy games as a bundle on Steam via Greenlight.  As tempting as it would be to joke that these games are beneath Steam, let’s not get carried away here.  There have been dozens of games that have made it through Greenlight in the last few months that make Bubsy 3D look like a Game of the Year contender.

Even Retroism can’t deny that Bubsy’s bad reputation preceeds him.  Their Greenlight page is filled with depressing statements, such as describing Bubsy as “bedraggled and mumbling about being doomed to a legacy of shame and obscurity” and that “(w)ith your support, (he) may finally be able to look himself in the mirror and smile”.  Well, at least he’s doing better than Rocky Rodent is.  Bubsy Twofur will contain Bubsy in: Claws Encounters of the Furred Kind and Bubsy II should it pass Greenlight.  You can check out its Greenlight page here to vote for or against it.

Are you willing to give Bubsy a second chance?  Has his unless stream of cat puns left you too jaded to ever forgive him?  Does anyone actually remember Rocky Rodent (I don’t, I had to look him up)?  Leave a comment below and let us know what you think.

Fallout 4 Mission Guide: Getting a Clue and Reunions

Shenmue III Newest Update “Be Your Own Capsule Toy Figure!”, Put Your Name In Shenmue Guestbook

Author MostafaPosted on July 10, 2015January 30, 2017
Shenmue III Kickstarter page just got updated today with something very interesting to fans of the series’ that want to back the game’s already...
Read More

Hitman Will Release on PS4 Digital Only First, Retail Afterwards, Might Be Episodic Game