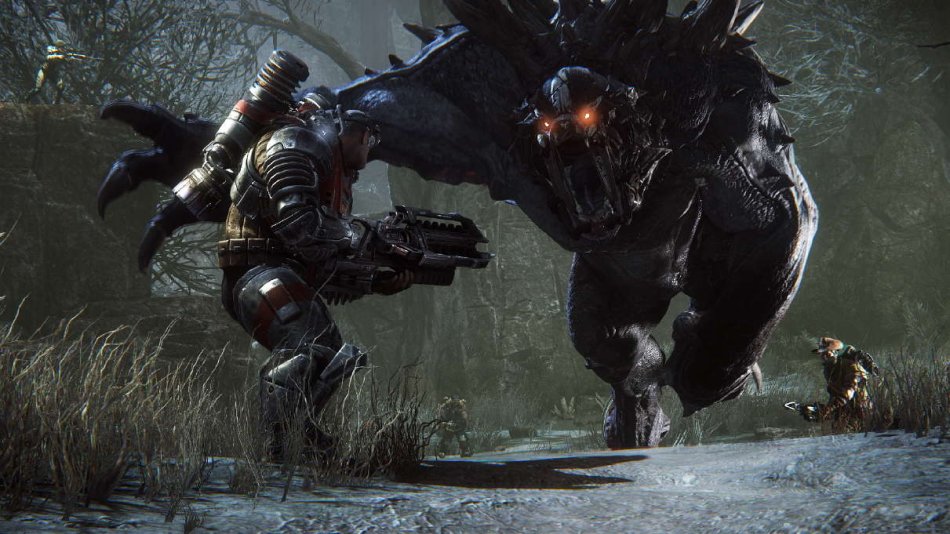 Turtle Rock has released the minimum and recommended system requirements for Evolve, their upcoming humongous monster shooting game that everybody wants to try out once it hits the web. We are here to make sure that your rig is powerful enough to run them – unfortunately not with a free upgrade for your computer, but with the listing of the Evolve system requirements, so that you can make any necessary changes until the game is launched.

With some decent specifications listed, in our opinion, here are both the recommended and minimum requirements to run Evolve:

Pretty decent, we would say – but one thing is clear. The few who are still running on 32-bit operating systems should really make the upgrade because there will be less and less games that they will be able to play. Apart from that, things are looking a lot better than the crazy requirements for The Witcher 3, for example, so we can all be happy with these numbers. Do you agree or not?

Author Simon O'NeillPosted on November 13, 2016October 13, 2019
Andromeda The last several times we’ve seen Mass Effect Andromeda, it has been nothing but disappointment thanks to underwhelming videos that, more than anything,...
Read More

Yogg-Saron and More Hearthstone Cards are Being Nerfed

Author Nick ConnorPosted on September 28, 2016January 6, 2017
Blizzard announced another upcoming round of nerfs for several controversial Hearthstone cards.  The one archetype that will be taking the biggest hit is the...
Read More

Sega Registers Dawn Of War 3 Domain, Will It Happen ?

Author MostafaPosted on July 6, 2015September 23, 2019
Dawn Of War A Reddit post, by xblood_raven, shows that Sega has registered a new domain name called Dawnofwar3.com. The last time we saw any...
Read More

Marvel Games May Be Coming To Consoles Soon

Author MostafaPosted on July 12, 2015January 30, 2017
Marvel Games producer Mike Jones was present during the panel Marvel conducted at San Diego Comic-Con today and he answered a fan question regarding whether Marvel...
Read More