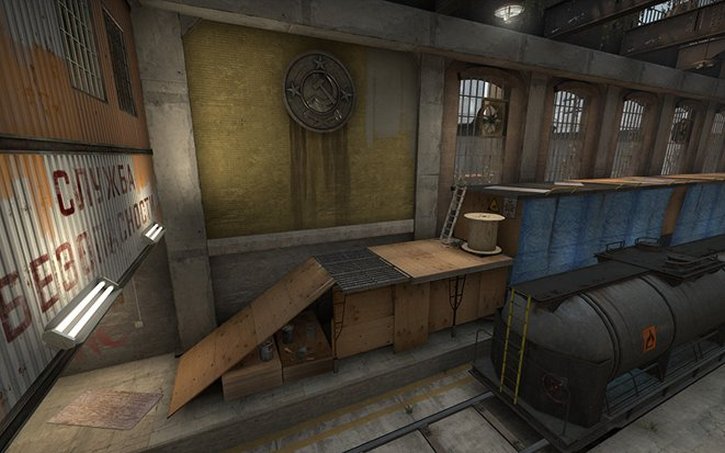 Although I no longer have as much time as I’d like to have for playing Counter-Strike: Global Offensive, it remains one of my go-to titles when I want to blow off some steam and relax a bit because this old nerd still has some skills. I am also extremely happy to see that I’m not the only one who cares about this game, too: a new Counter-Strike: Global Offensive patch has been launched and it brings a bunch of changes and improvements, as well as a brand new Train map for us to master.

The main change is clearly the new Train map which looks pretty much like something else: the tunnel in the yard is no longer there, new elements have been added and some have been removed, the bomb site A has been completely changed and things look a lot better now. You can actually check out a complete official blog post about all the changes and improvements brought by the new Train map in CS:GO.

Or you can check out the presentation video below of the new Counter Strike: Global Offensive Train map:

But this patch brings us even more and below you can check out the complete change list of the latest Counter-Strike: Global Offensive update:

[GAMEPLAY]
– CZ75-Auto adjustments
— Magazine size has been reduced to 8 and reserve ammo is now 16 (3 mags total).
— Damage has been reduced slightly.
— Firing rate has been reduced slightly
— The CZ75-Auto takes nearly twice as long to draw, and has an updated draw animation.
— Kill reward is now 1/3.
— Updated the weapon description.
– Increased price of M4A1-S to $3100
– Reduced price of Desert Eagle to $700
– Updated the Tec-9 firing sound.
– Fixed M4A1-S muzzle flash showing through smoke.
– Fixed not being able to defuse the bomb in some cases where it was planted on a ledge and the player attempting to defuse was standing next to it on the ground (e.g. the fountain in Cobblestone).
– Fixed a case on community servers where a player would get income after the first round when they should not.

[UI]
– Team equipment value now correctly accounts for cost of CZ75-Auto and for two flashbangs.
– “Assists” on teammate kills no longer get counted in scoreboard.
– Added some new holiday freeze-cam borders and the holiday cheer has been re-enabled – Happy holidays!

[MISC]
– Gifts have been re-enabled.
– Released a new set of stickers (available now as offers), and put some music kits on sale.
– Fixed a few localization errors
– Fixed a typo in the game mode descriptions.
– Fixed several exploits in the engine.

So there are really few things that can be made to improve a nearly flawless game, but as I said in the intro, I am happy to see that the devs are doing their best to keep things as balanced and as good looking as possible. And if you’re wondering how to get the patch – simply restart your Steam client and it will be automatically applied if it hasn’t been already.

This War of Mine Tips & Tricks: The Ultimate Strategy Guide

Author Nick ConnorPosted on July 13, 2016January 9, 2017
A founding member of the original Overwatch strike team and mother to Fareeha “Pharah” Amari, Ana Amari has been revealed as the first new...
Read More

Author JorinPosted on June 26, 2015October 6, 2019
Rainbow Six For those who don’t know, the Rainbow Six series has long been an important name in the genre of tactical shooters. But...
Read More

Fallout 4 Demo Will Be Featured At Quakecon

Author MostafaPosted on July 9, 2015January 30, 2017
QuakeCon’s schedule was released today through their website and Fallout 4 is on the top of that list and it promises to show a...
Read More