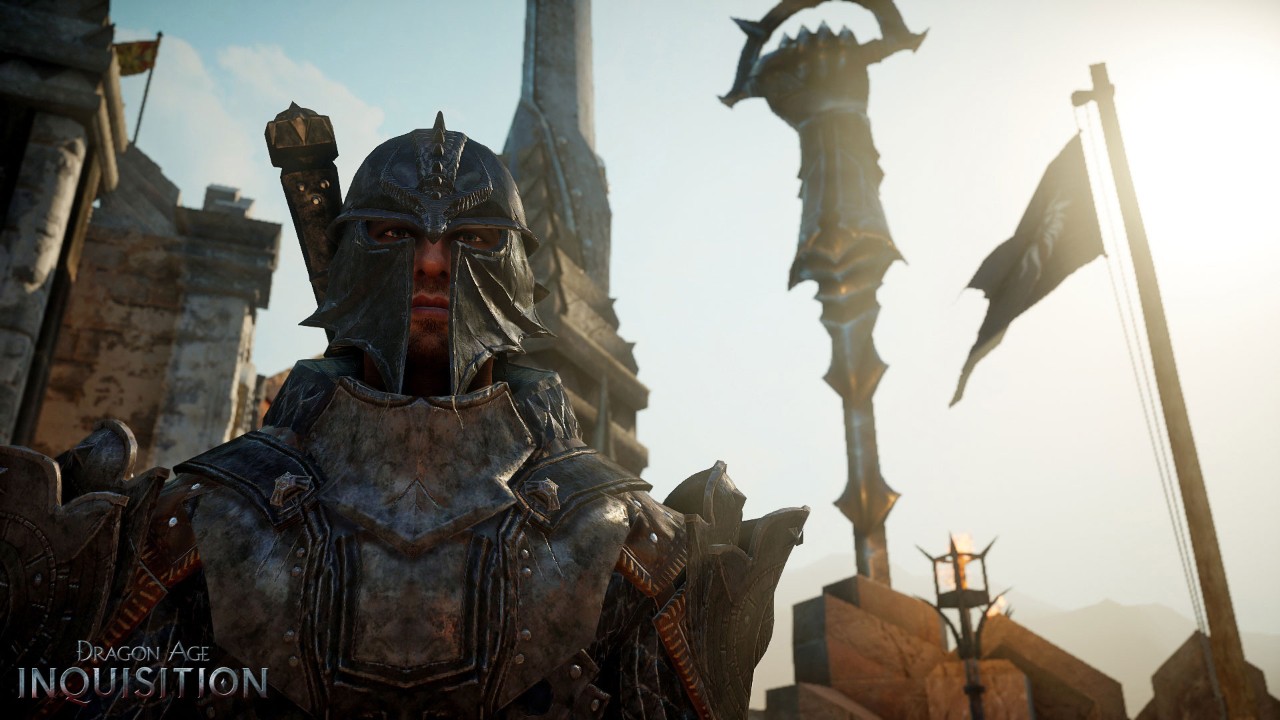 Two more Inquisition companions have been revealed, which means there’s possibly three more to be officially announced. The fourth Dragon Age Inquisition companion spotted in a video last week has been officially identified by BioWare. After an image leak from the German PC magazine GameStar, Bioware’s lead writer David Gaider explained that the supposed Solace is in fact, Solas, a male elf mage companion in Inquisition:

Just FYI, however, it’s Solas. Not Solace. Not sure where they got that. And, since this seems to be a persistent notion: Solas is not the “Dorian” from the survey. He was never that character. As to who Solas is… well, I suppose you’ll all have to wait and see.

It’s also assumed that a concept art created last year by lead concept artist Matt Rhodes corresponds to the fifth Inquisition companion. His name is Iron Bull and he’s a qunari male warrior.Judging by his giant sword, he’ll probably be an aggressive warrior like Fenris in Dragon Age 2 and Oghren in Dragon Age Origins.

With five companions brought from the shadows (Varric, Cassandra, Vivenne, Solas and Iron Bull) there’s possibly only one companion left to be unveiled.This of course, if BioWare follows the logic used in the previous two games, which included eight companions per game and a balanced class distribution among characters:

Following this trend, one of the remaining companions is certainly a female rogue, since we already got three males, two females and only one rogue-archer. The other two companions could fit in any class and specialization role.

The Elder Scrolls Online: When PvP Becomes Too Massive

The Sims 4: EA’s Supposed Anti-Piracy System Has Been Nullified

Author Marta BrancoPosted on September 4, 2014October 11, 2019
Sims The Sims 4 “mosaic bug” is severely affecting the playability of the game for some players. However, the gaming community has already found...
Read More

Author VgamerzPosted on May 26, 2014October 12, 2019
Enemy A few years ago, all gamers were bored with the World War II because every single game released seemed to take place there....
Read More