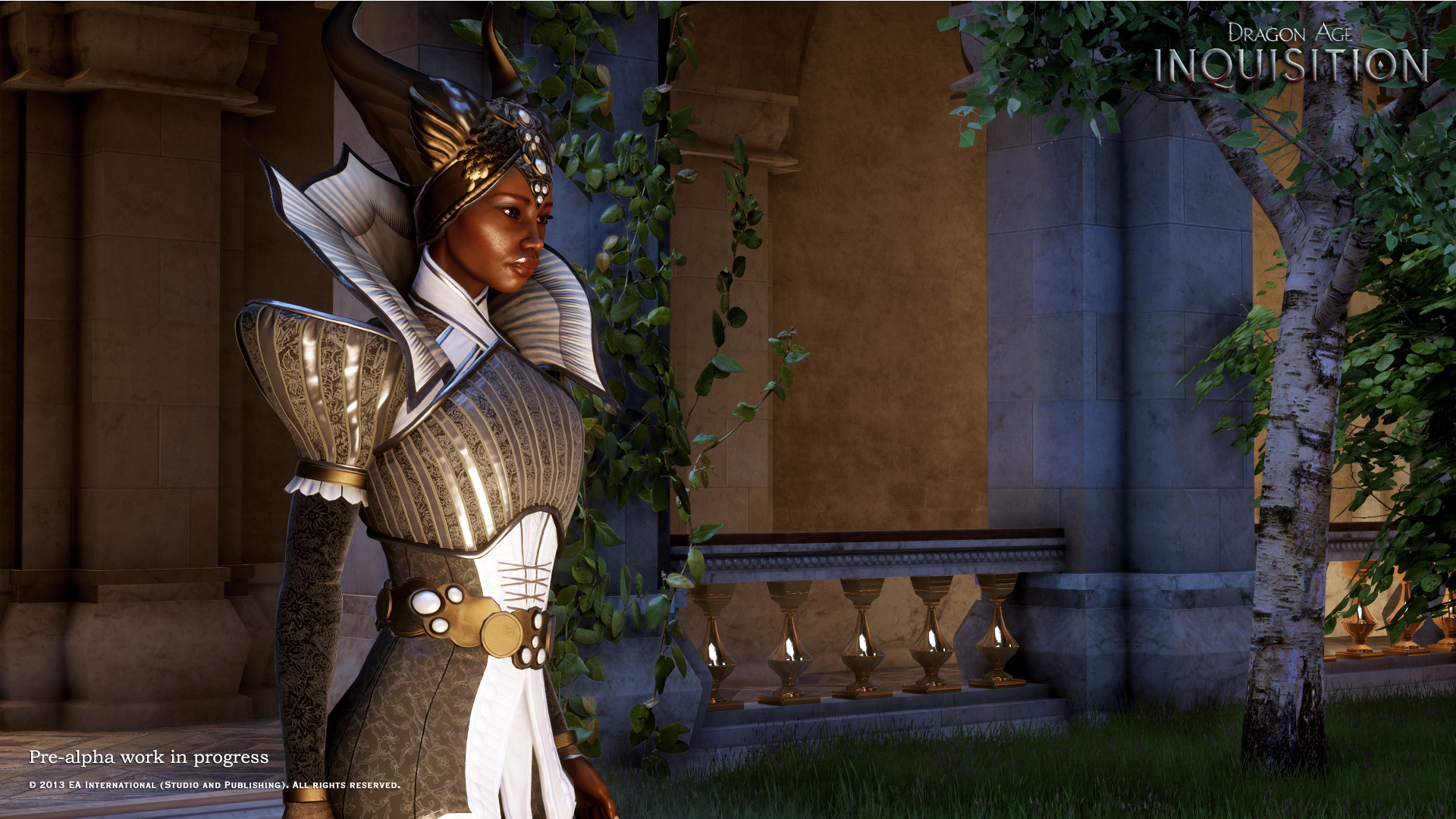 BioWare has announced that a new Inquisitor follower will be revealed every month and March will be exclusively dedicated to Vivienne, a human mage and possible companion in Inquisition. Senior Artist Rion Swanson unveiled the development process for this character and stated that “it was a truly great character to build.” Swanson strengthened the fact that it is a significant product that meets the high-quality standards of the studio. Despite the multiple reviews and back-and-forth processes, Vivienne ended up being a refined, detailed and complex character, as Swanson concluded:

In the end, I think we achieved quite a dramatic look for this strong new character. The combination of sleek and powerful shapes with the ornate gold and fine fabrics gives Vivienne a pretty unique appearance. Watching her move through the world with flowing fabric and using her awesome mage abilities is a real nice counterbalance to some of the other heavily armored characters in your party. Enjoy!

The Madame de Fer or the Lady of Iron, as Vivienne is known, will be the official enchanter of the Imperial court in Inquisition and she won’t let anything stand in the way of her goals, even if it means going against her fellow mages. As BioWare stated: “Vivienne fights to restore order in a world gone mad…so long as that leaves her among those left standing, once all is said and done.”

Xbox And Their Current Gamescom Situation

Author PedroPosted on July 2, 2015October 2, 2019
Gamescom Now that E3 is over, Microsoft has already started planning their next big event, Gamescom, which will be elapsing from August 5 until...
Read More

Author Ethan HornPosted on June 10, 2014October 11, 2019
Arkham Knight We are all looking forward to Rocksteady’s newest entry into the Arkham franchise, and we just got a look into the gameplay...
Read More

You Should Really Watch These Far Cry 4 Dev Diaries

Author Simon O'NeillPosted on August 8, 2014October 11, 2019
Far Cry Every so often, a developer diary comes along that is not only an entertaining watch, but a fantastic insight into the minds...
Read More