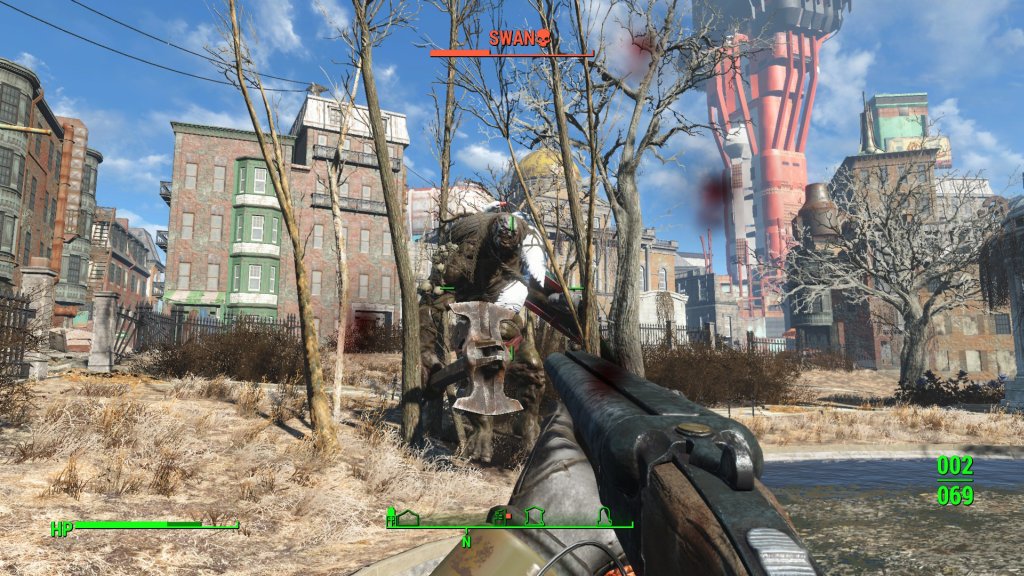 Swan is a mini boss in Fallout 4 and you will most likely meet him when doing the Road to Freedom mission in the game. He’s normally really difficult to defeat because of his high health, so normally Power Armor would be required, but I personally managed to defeat Swan easily, without a lot of headaches and without Power Armor. I was also really low on ammo, so I took him out with a regular shotgun. Do you want to know how? Then read on for Vgamerz’ guide on how to easily kill Swan in Fallout 4.

First things first. We need to get to Swan’s pond, which is radioactive pond right at the beginning of the Road to Freedom mission. You have the exact location marked on the map below, it’s where my character is currently at: 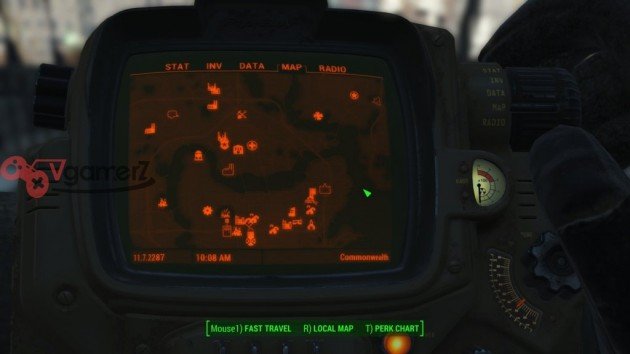 Now, in order to easily defeat Swan, we have to prepare a little bit: first, save the game as you might need reloading in case you can’t do it the first time. Then, enter the area from the south (where the Road to Freedom sign is) and move straight forward to the pond. When you are close to it, send Piper to the left side of the Pond, then you move after her… If Swan doesn’t spawn, you will have to enter the pond, but get out quickly.

Once he appears, you will have to draw him to an area to the right of the pond, where we have a few trees. Shoot at him, then run away. Wait for him to get close, then run again (you can use sprinting, you won’t need action points later on!) Just make sure that he’s really close and you stay alive during this process. Head over to the trees and again wait for him to get as close as possible. Go through and look back. Swan is large and stupid: 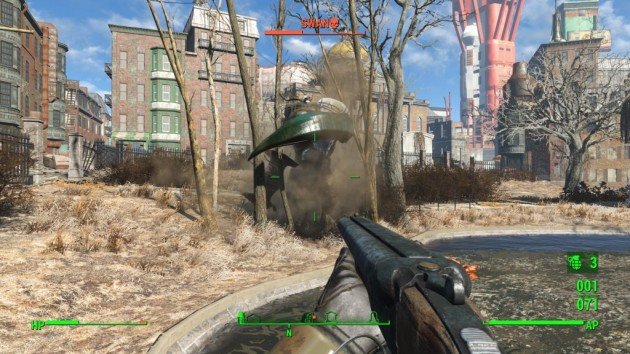 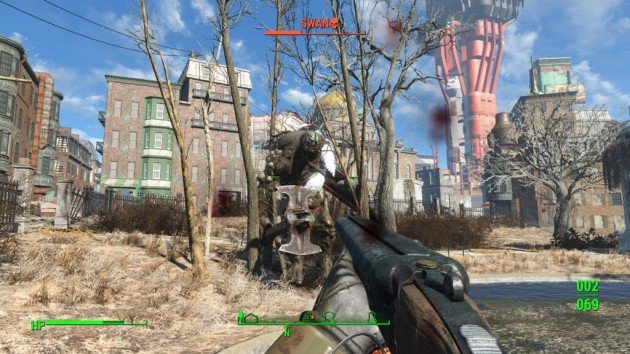 Yes, that is true! Just like Deathclaws who get stuck behind doors, Swan will get stuck behind those trees and you can easily pop him up. He will still throw rocks at you, but won’t do anything else. You can easily take him out with any weapon, even a pistol if you have enough ammo. Just make sure that you don’t change your position so that he doesn’t move and you’ll be just fine.

Oh, and there’s some nice loot waiting for you once you take him out: 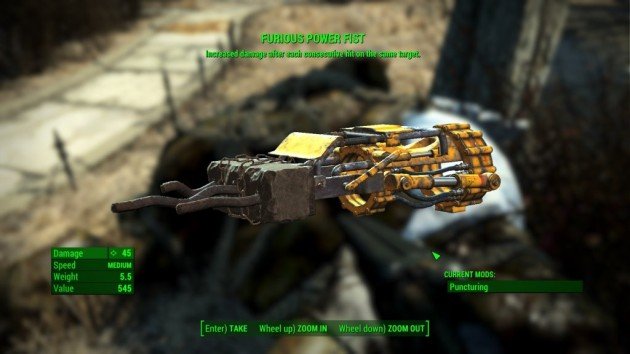 This is it! This is the easiest way to kill Swan in Fallout 4! Hope you enjoy it!

Fallout 4 Guide: How to Easily Get a Hazmat Suit

Author Marta BrancoPosted on November 19, 2015January 30, 2017
The Quartermastery chain missions from Scribe Haylen at the Brotherhood of Steel can be challenging to complete. Find out how to quickly do part...
Read More

Fallout 4 Guide: How to Get All Building Materials

Author Marta BrancoPosted on November 13, 2015January 30, 2017
To build and expand settlements, players need to gather a vast variety of materials. Finding and collecting them however, is not always an easy...
Read More

Author VgamerzPosted on June 20, 2016October 13, 2019
Worm.is You can still feel the craze of the .io games (Agario, Slitherio and so on) and these types of games are far from...
Read More

Author VgamerzPosted on August 22, 2012October 13, 2019
Heroes Random Heroes is a really fun game that we can play on our iPhone and this platformer is especially amazing because it gives...
Read More

Author KirstenPosted on November 1, 2015January 30, 2017
The Jordas Golem is the final part of the Jordas Precept mission that came with patch 17.7.1 for the PlayStation 4 Xbox 1, and...
Read More

Author Rhiannon NeePosted on March 26, 2015October 9, 2019
Photo Episode 2 of Life Is Strange was released a couple of days ago. Like the first episode, Out Of Time contains 10 photo...
Read More