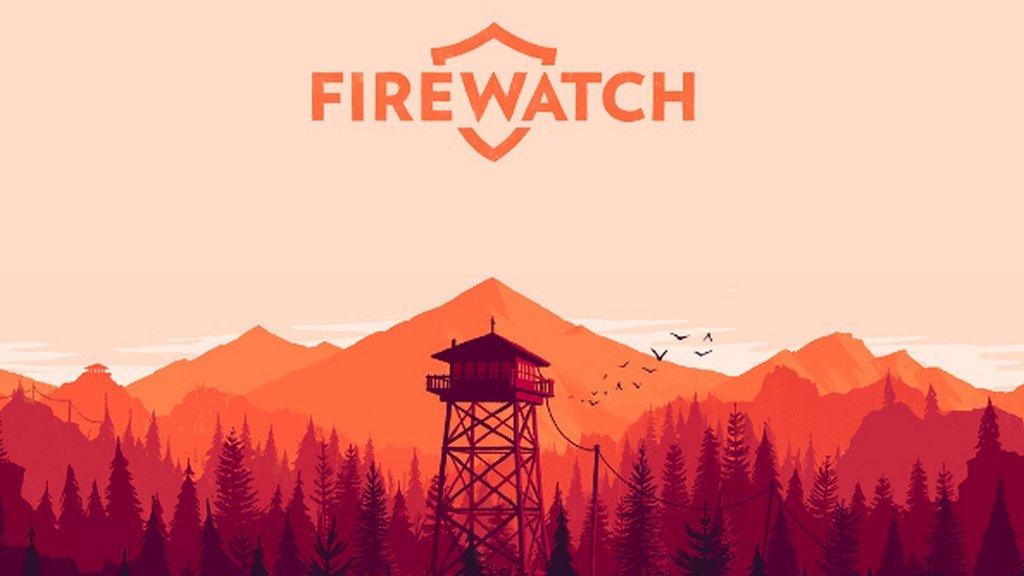 Igniting fires within the hearts Of many…

Quite recently, the more sentimentally valuable games have taken the gaming world by storm, games that require you to delve deep into the downhearted story of another. These video games require less button mashing and instead tend to test your widespread span of emotion, usually leaving a lingering melancholy feeling within you forever more. Campo Santo’s recent release of such a game, Firewatch is sitting well up there with some of the most poignant games to date on behalf of it’s breathtaking setting, genius writing and extraordinary voice acting.

In this stunning first-person adventure, the player takes on the role of Henry (voice by Rich Sommer) who Firewatch swiftly allows us to establish after a chucklesome/ grief-stricken opening sequence, is a man intent on escaping some hardship back home. As soon as Henry begins his hike to his lookout tower in Shoshone National Forest, the powerfully atmospheric setting of the game takes it’s hold on you, completely engulfing your senses almost making you yourself feel in need of a deep breath of the pure and natural forest air. Campo Santo’s attention to detail in regards to rustling of leaves on luscious trees and bushes, the chatter of birds and other wildlife and even the sloshing of streams and lakes all merge to make the setting of Firewatch effectively encapsulating and immersive. Furthermore, Firewatch is a visual masterpiece. It’s almost ”cartoony” graphics capture the vibrancy of the rich forest setting. Each and every way you look in Firewatch is gracefully pleasant on the eyes and it makes exploring Shoshone National Forest all the better.

On The ‘Ol Dog And Bone

Upon arriving at his station at Two Forks Lookout, Henry begins his first and profoundly most important human interaction within the game with superior and fellow lookout, Delilah (voiced by Cissy Jones). The pair of perfectly cast characters communicate via radio in which the pair bounce of each other with their dry sense of humour and sarcasm. What’s more is Firewatch offers the player several ways in which Henry can respond to Delilah. You can either choose to respond as a miserable middle-aged man, counter-pry Delilah’s constant prying or simply sit on the fence. Although limited and unable have a direct impact on the story of the game, these dialogue options are still fun and enhance the immersive factors of Firewatch. As the pair talk more you start to unveil parts of Delilahs character. Upon initially coming in contact with her she is evidently quite dry, hiding behind bad jokes, making it clear she has her walls built up pretty high (you find out the reasoning as to why this is as you play). Throughout the proceedings of Firewatch, Henry gradually allows Delilah to unload some of the emotion she is packing and in doing so you realise that the pair are undoubtedly similar and their blossoming relationship is portrayed so well that it feels real. You can speak to Delilah at almost any point throughout the game, whether you are admiring a view of a magnificent vista you’d like to share with her or simply to report on something you’ve found. Delilah will always have something to say and due to her brilliance as a character I found myself trying to engage her at every opportunity.

Anyway, after Delilah introduces herself among poor jokes and failed attempts to get to know Henry a little, our protagonist calls it a night and Day 1 of Firewatch concludes, essentially signalling the completing of the first chapter in a sense. 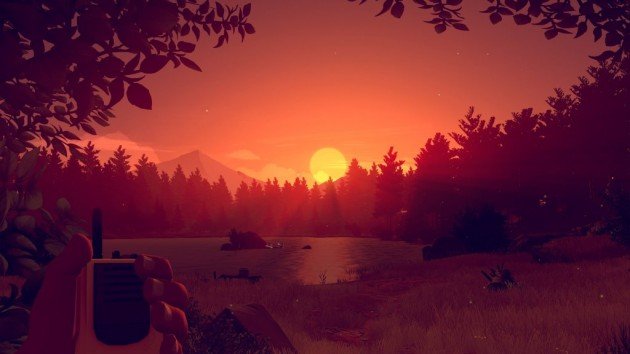 What Lurks In The Forest

Henry’s first assignment as Firewatch is to deal with a couple of teen pyromaniacs, illegally setting off fireworks by the lake. This is where the story truly gets rolling. Upon scolding these drunken teens you are left to believe that is the end of it however, weeks later the girls are reported missing. At this point the game takes a sinister turn. Brilliant scripting then proceeds to make the atmosphere increasingly scary and tense, it is like the moment your stomach drops in a good film or book when the twist becomes evident. From then on exploring the National Forest becomes dark, almost evil and instead of lolloping around, taking in every ounce of the serene woodlands beauty, you’ll find yourself exploring rigidly and with caution, inadvertently turning your head at every bush that rustles or branch that snaps beneath your feet. The forest seemed to have consequently turned into an eerie and frightening place. At one point I found myself breaking a sweat as I made a break for my lookout tower to escape a rustling bush at nighttime, like seriously, it was that scary. Sudden bursts of haunting orchestrated music (composed by Chris Remo) bump up the intensity, suddenly the lighthearted first person adventure you thought you were playing, turns into a dark thriller game, yet the urge to play on remains. 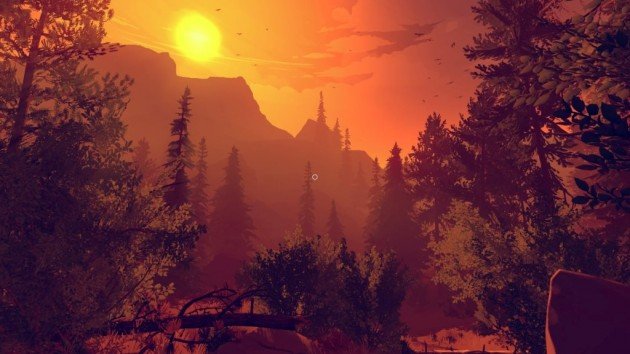 Firewatch not only gives you the perfect setting to explore but it also gives you so much to do within it. There are tons of supply caches Henry can loot, full of letters and notes from prior lookouts. These offer a another level of insight into the game and some offer the chance to get to grips with the story a bit better. This being the case I personally hunted down these puppies in order to try and build a timeline of events of what happened with particular characters mentioned. Simply exploring the terrain as a whole is generally quite fun, grappling down dangerous rockfalls and navigating through the vast forest areas. Firewatch and it’s level of immersion makes hiking the woodland feel relatively realistic and ultimately that much more enjoyable. I also found that searching the towers of previous lookouts and remains of old campsites really quite interesting. Furthermore and most importantly, you can even adopt yourself a pet turtle (little Turt Reynolds was my best company throughout the game). Firewatch is a short game but it does well to compensate by giving you plenty to do within those few hours of play time. 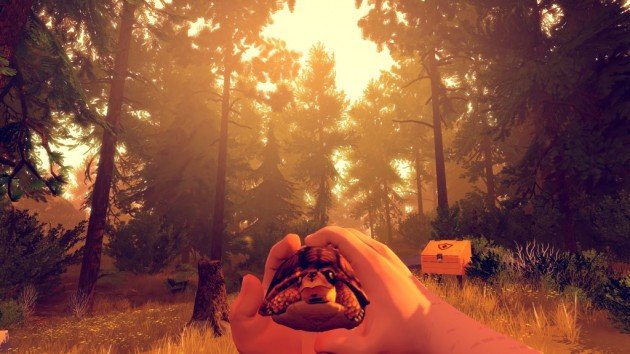 Firewatch was nothing short of a completely phenomenal game. It took the narrative of a great novel or film, combined it with a unbelievably fascinating setting and sprinkled more than enough monumental characters and in doing so has made one of the most poignant games I have played to date. The way the story swiftly turns on it’s head from being bubbly and fun to intense and daunting enhanced every reason I was intrigued in the game initially. Firewatch has the respectable power to appeal to the younger generation primarily interested in the more aesthetically pleasing side to the game but also to appeal to adults who understand and can potentially relate to the real life problems that are occurring throughout the game. Although Firewatch was only a few hours long, I unquestionably enjoyed every second indulging in this completely beautiful game.

Top The Culling Tips & Strategies to Start Winning Your Matches

Author Chris LittlechildPosted on November 29, 2014October 10, 2019
Pokémon It’s an irrefutable fact of poké-life: these games don’t change much. Pokémon is one of gaming’s most beloved franchises, yet it’s also one...
Read More

Author Matt FordePosted on October 23, 2015January 30, 2017
The Smash Bros Fighter Ballot has closed. All votes are in, but who will be added to the roster? There’s no doubt that Super...
Read More