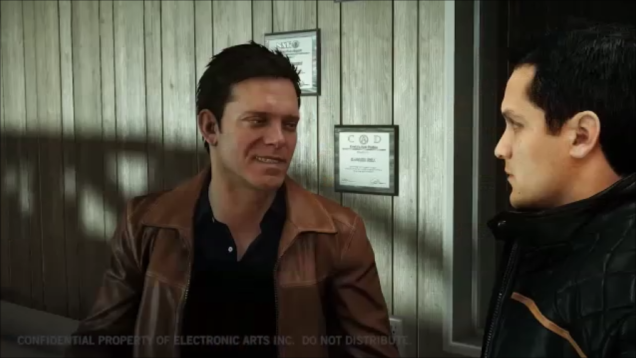 A Youtube user by the name of Freddy Dancer has leaked what appears to be the first gameplay footage of the upcoming Battlefield Hardline beta. After a leaked trailer for the game surfaced a few days ago, it was only a matter of time before new footage appeared. Unfortunately for fans of the series, this video doesn’t actually show combat, as it is simply an empty server where Freddy shows off some of the weapons and vehicles that the beta will utilize.

Considering this is all we’ve got until E3, it will have to do.

If the past is any indication, this video will probably not remain active for long, so watch it while it’s hot.

Author Nick ConnorPosted on July 29, 2016January 9, 2017
During a special event held at ChinaJoy expo and streamed through the official Hearthstone Twitch channel, Blizzard revealed the next expansion for their popular...
Read More

Author SaraPosted on December 27, 2017August 28, 2019
Boredom At times nothing seems to stay for long except boredom. Annoying as it may sound, but it is really difficult to beat boredom,...
Read More

Tom Clancy’s The Division: ‘There is No Great Organization Without Great Individuals’

Author Marta BrancoPosted on May 1, 2014October 12, 2019
Organization Ubisoft published an analogy regarding Labor’s Day today via twitter, affirming that all types of remarkable organization need distinguished individuals. Just as in...
Read More

Yoshida Tried Out The Nintendo PlayStation Back In 1993

Author MostafaPosted on July 7, 2015September 17, 2019
Nintendo PlayStation Last week, the internet exploded with a rumor that a Nintendo Playstation console prototype that only had 200 produced and after the...
Read More

PC Footage Used In Xbox One Trailer For The Witcher 3

Author Rhiannon NeePosted on April 24, 2015October 8, 2019
Xbox One Microsoft have been caught out for uploading a trailer for The Witcher 3 on Xbox One which was actually captured on a...
Read More

Titanfall “No Servers Found” Bug Fix in the Works

Author VgamerzPosted on February 17, 2014October 13, 2019
Titanfall If you were lucky enough to get into the Titanfall beta, it doesn’t mean that you’re automatically lucky enough to play whenever you...
Read More