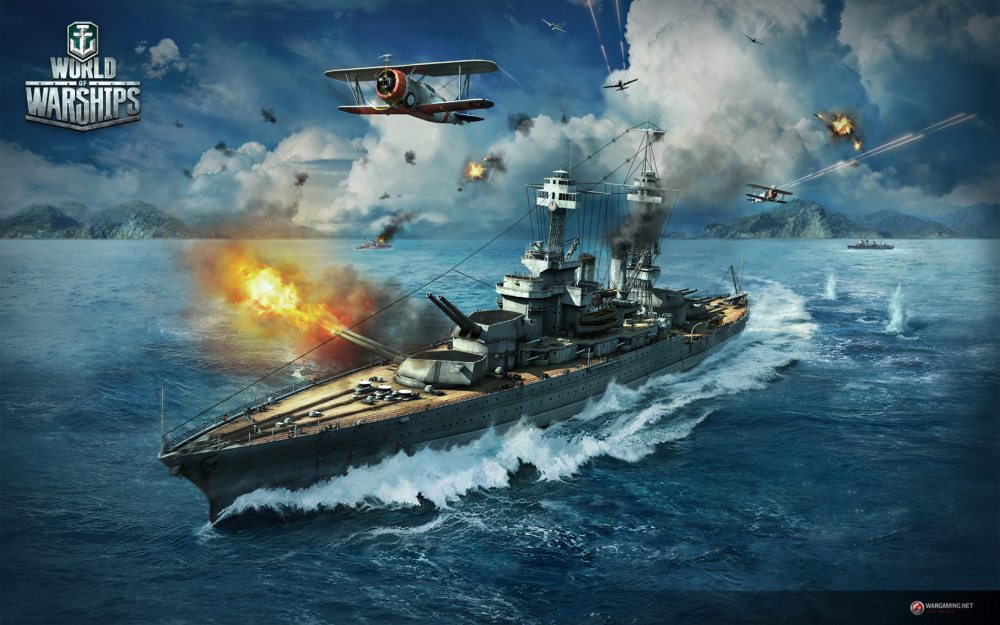 World of Tanks makers Wargaming is preparing the launch of a naval battle MMO this year, World of Warships. And despite the fact that there’s already a “WoW” MMO in town, this one seems to have all the right ingredients to turn gamers into addicts, just like World of Tanks does.

With an open beta expected to hit sometime in 2015, Wargaming decided to give use the first World of Warships trailer so that we can see what it is all about. We’re getting quite some gameplay footage here and those who were not expecting something awesome will be left disappointed because, as you can see below, World of Warships looks great:

The battles seem to have the complexity of those in WoT and I am sure that the game will be easy to learn, but very difficult to master. Also, I am surprised to see the seemingly fun ramming option in the game – that is certainly a last resort method, especially when you’re dealing with huge cannons, but it should also offer a great alternative to have some extra fun.

This trailer proves that the game is getting closer and closer to its release date and even though a specific one hasn’t been officially announced, we are sure that you’ll get your chance to try your hand at naval battles in World of Warships by the end of the year.

Three More Witcher Books To Be Translated Into English

Author Simon O'NeillPosted on August 13, 2014October 11, 2019
Hellblade Ninja Theory has been in the news a lot lately about a new IP, and thanks to Gamescom, we now know what it is....
Read More

Fallout 4 Demo Will Be Featured At Quakecon

Author MostafaPosted on July 9, 2015January 30, 2017
QuakeCon’s schedule was released today through their website and Fallout 4 is on the top of that list and it promises to show a...
Read More

The Taken King Launches Without A Raid

Author Simon O'NeillPosted on September 1, 2015January 30, 2017
I generally try to avoid talking about the year long, sixty dollar beta, Destiny, but this is just too rich to avoid. According to The Taken...
Read More

Author Simon O'NeillPosted on September 28, 2015January 30, 2017
In an interview with WhatCulture, art director Scott Mitchell revealed that there would be no single player campaign in the upcoming Rainbow Six title....
Read More

Author KristyPosted on June 22, 2015October 7, 2019
Kingdom Hearts 3 Kingdom hearts fans rejoiced this past week as Square-Enix finally gave the fans a new trailer with some gameplay of the...
Read More

Author Simon O'NeillPosted on October 15, 2015January 30, 2017
Dark Souls III’s network test is upon us. Starting October 16th and ending on the 18th, we have mere moments until we can sink...
Read More