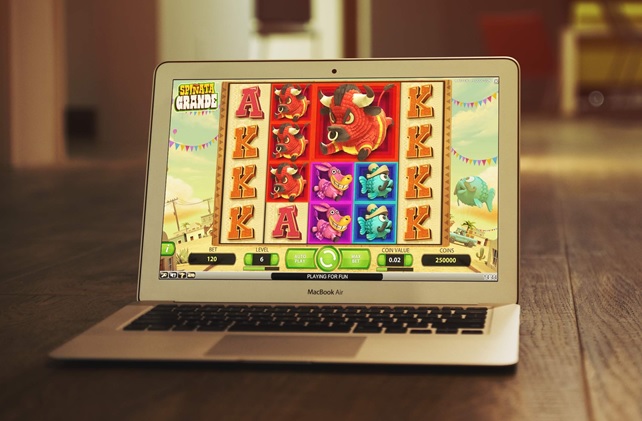 Betsoft Gaming – supplier of innovative software for the best online casinos announced the launch of a new online slots machine Frankenslot Monster, who entered the series of Slots3 ™ games.

Frankenslot`s Monster launched by Betsoft Gaming and is part of a Slots3 ™ online games. This machine is represented by a five-reel and 20 pay lines, interactive bonus round and free-spins.

Special scatter symbol activates up to eight free spins with an unlimited number of additional launches. This symbol appears only on three central reels. Wild-symbol will replace any image in the game, and gives the maximum multiplication rate among all other symbols.

The developer made a bonus symbol which triggers the free casino bonus game. In this game you need to press the levers and you can get a 25-fold multiplication of the final bet.

There is also available free slots version of this game.

Mark McKeown, Head of Sales and Marketing in Betsoft, said:


Frankenslot`s Monster has a beautiful 3D-graphics and interesting storyline. I am confident that this online slot will have the liking of many players, because we gave to it a special theme.

Betsoft Gaming always has stunning, true 3D cinematic animation produced to the rigorous standards found in today’s animated feature films and console video games, our extensive collection includes over 150 games and countless themes to appeal to a broad target audience of players. We are known for the iconic, groundbreaking Slots3™ series of video slots, and we also proudly offer classic casino favorites such as Blackjack, Roulette, Video Poker, Table and Lottery Games, Keno and the pioneering, fully 3D Poker3™.

5 JRPGS Gamers Should Look Forward To in 2017

OP Or Not OP, That Is The Question: #2- Little Mac

Author Chris LittlechildPosted on May 9, 2015October 8, 2019
Little Mac Ah, Little Mac. The star of NES classic Punch Out!! is one of those second- or third-tier Nintendo characters many have wanted...
Read More