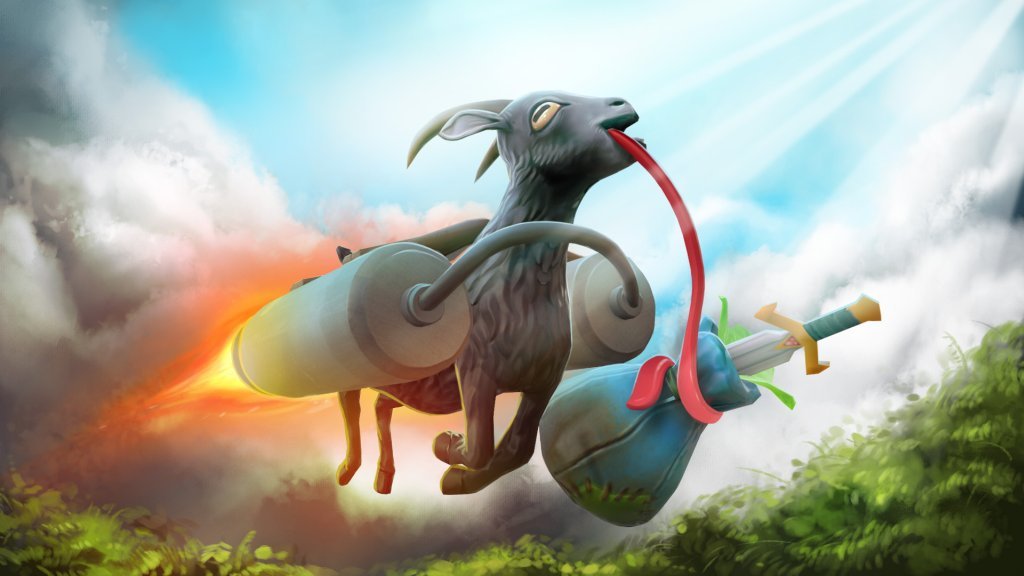 This versions of the game will be almost exact to the one we saw earlier this year releasing for the Xbox One, but with the slight difference that it will include “GoatVR“, a new mode in which the developers haven’t yet announced anything about, but the fact that it won’t require any special Virtual Reality hardware or device.

Double Eleven, the team behind Goat Simulator, stated regarding this Playstation version:

But regarding the GoatVR mode, Double Eleven explained:

“We still need to do that part where it connects to an actual headset but for now you can enjoy a simulated GoatVR experience without it.”

Regarding the other platforms, PC players recently received a new game mode named GoatZ, which is pretty much just a mixture of Dayz with Goat simulator, and as for Xbox One players, it has been confirmed that they’ll be getting Goat MMO, which obviously is an Massive Multiplayer Online turn on the wacky physics Goat Simulator.

For more on Goat Simulator related, stay tuned to VGamerZ.

Batman Arkham Knight is a disappointment, but ultimately a good game

PS Plus, Games With Gold Freebies For October 2016

Author Simon O'NeillPosted on October 6, 2016October 13, 2019
PS It is that time again. Sony and Microsoft have released their offerings for Games with Gold and PlayStation Plus for the month of...
Read More

Author Nick ConnorPosted on July 14, 2016January 9, 2017
While we’ll be left waiting for the Codename NX until early 2017, Nintendo has a much more old-school system in the works for this...
Read More

Author Matt FordePosted on October 16, 2015January 30, 2017
“He who wields the whip, is not easily defeated”. Castlevania fans rejoice as high-end makers First4Figures have shown off their latest work. At a...
Read More