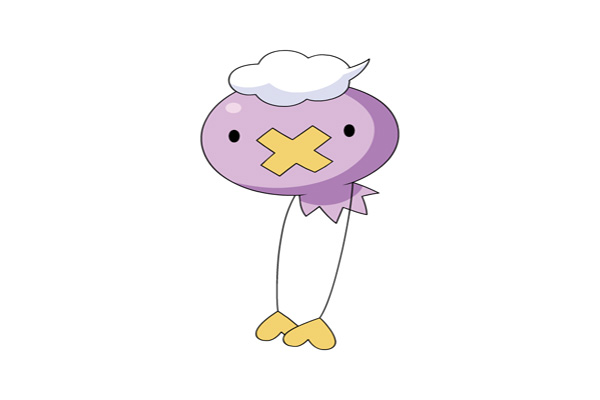 As we know, Nintendo isn’t the most hardcore, horrortastic of games companies. Their family friendly, rainbows-puppies-and-gambolling-pink-unicorns outlook is refreshing in a cynical world, but it’s really against the grain.

Of all their exports, the one most of derided for being ‘childish’ is Pokémon. Y’know, toontastic creatures, the adorable little furry yellow rat-thing Pikachu… none of it screams manliness. But even so, Pokémon has a dark side. And it’s darker than a very dark, dark dark thing. With extra darkness sauce and a dark side salad.

Take a look at Drifloon. It’s a harmless, moron-grinning balloon dude. Who’d be afraid of this little bugger? Nobody, that’s who. You could probably give it away at carnivals to pestilential children, who will whine for it and then release the damn thing seconds later and howl as it floats skywards.

Or so you’d think. Then the pokédex comes in, and everything becomes all terrifying and horror-filmy. 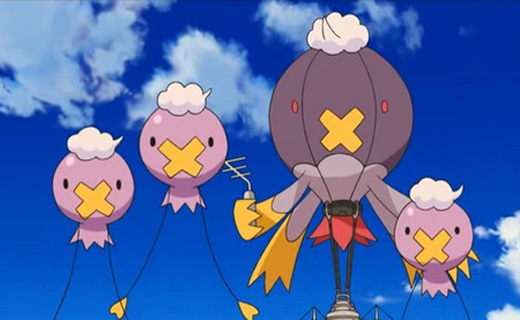 For the uninitiated, the pokédex gives details on every species of pokémon you’ve caught. Its height, weight, habitat, that sort of business. There’s also an outlandish and ridiculous fact about them, something like Magmar’s core temperature being 8 billion degrees or some dumbassery like that.

The ability to melt your face right off from a whole continent away notwithstanding, let’s look at little closer. At Drifloon’s creeptastic pokédex entries through the generations, more specifically.

This thing is known as The Signpost for Wandering Spirits. It lures children to take hold of it, and they then mysteriously disappear. I don’t want to dwell upon the whys and then-whats of this, so let’s just file it into the drawer marked what the hell. Ghosts in the Pokémon world are mean, as we’ll see later.

Author Simon O'NeillPosted on March 7, 2014October 13, 2019
Bosses To celebrate the launch of Dark Souls II, I have prepared my top five favourite bosses from the entire Souls series. These games...
Read More