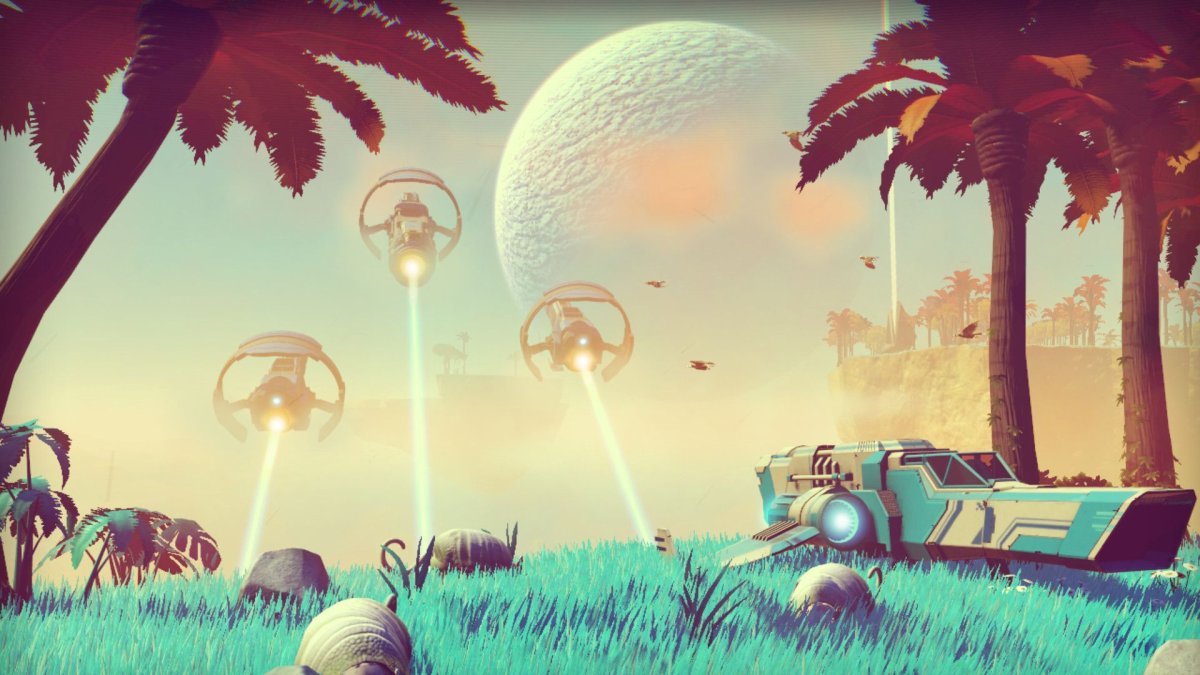 No Man’s Sky has just been launched and everybody’s been playing it like crazy, discovering new planets and forms of life, following the Atlas path and wondering what’s at the center of the galaxy. But some people were not as lucky as the rest, as they had trouble with No Man’s Sky crashes, low FPS, blurry visuals and other performance-related problems that managed to take away some charm or simply made the game unplayable.

If you’re one of the gamers who can’t fully enjoy No Man’s Sky because of these problems, we’re here to help and share with you some fixes for No Man’s Sky crashes, low FPS issues, graphical problems and more. So let’s not waste any second and let’s get this started: the universe is out there waiting for you to explore it!

– Systems running on an older AMD Phenom processor are reportedly experiencing numerous crashes at start-up. It seems that, for now, there’s nothing you can do but change your processor or wait for Hello Games to patch the game (or try the method below):

– Install the experimental patch. This could do more harm than good to your game, but it could also fix the crashing problems. This solution works in August 2016 – it might not work in the future. However, in order to try it now, right click No Man’s Sky in Steam and select Properties. In the new window go to Betas and enter the code 3xperimental, then select the experimental build in the drop-down menu. This will give you access to the experimental build which has solved many of the crashes for gamers worldwide.

– Try the regular potential fixes that work for any game out there: verify the game’s integrity on Steam to make sure that there are no missing or corrupt files and make sure that you have the latest graphics drivers installed.

– Some of the crashes were fixed after changing the screen resolution of the display. Make sure that you use your monitor’s native resolution if you are having problems and they might disappear!

– Trying to run the game in windowed mode (borderless window) has also been reported by many gamers as a possible solution to the random crashes.

– Finally, there might be a problem with the game’s settings file. In most cases, checking the game’s integrity works great when it comes to fixing it, but if it doesn’t, there’s a Reddit user that described what you have to do. Check out the detailed instructions here.

If you are getting poor FPS and/or blurry visuals in No Man’s Sky, here is what you can do to fix that:

– Lower some of the game’s visual settings. Most importantly, disable anti-aliasing and Vsync in the game, from the settings menu: this does wonder to FPS rate.

– If you feel comfortable about editing game files, do it! Make sure you backup the files first, then go to your game’s install folder: No Man’s Sky\Binaries\Settings and open the TKGRAPHICSSETTINGS.MXML with notepad or any text editor and find the Gysnc line. Turn that to false and FPS rates should improve a lot.

– running the game in borderless window mode will improve the frames per second, just as it does help with the in-game crashes.

That would be it for now in terms of potential fixed for No Man’s Sky crashes and FPS problems. If you have other potential fixes or suggestions, don’t hesitate to let us know in the comment section below!

No Man's Sky Base Building Incoming & I Can't Wait for It

No Man's Sky: How to Scan Flying Creatures

Author KirstenPosted on August 9, 2015January 30, 2017
Exact Attacks, or Just Attacks as they were known in the other versions of the game, is a bonus effect when using the Burst...
Read More

Author VgamerzPosted on August 16, 2016October 13, 2019
Atlas If you are like me, you spent hours exploring and getting everything discovered on your first planet, then repeated the thing on the...
Read More

Dying Light Tricks & Tips: How to Quickly Level Up Agility

Fallout 4: How to Easily Get the Cryolator Weapon Early on Without Master Lockpicking

Author VgamerzPosted on November 16, 2015January 30, 2017
The Cryolator is the first amazing weapon that you get to see in Fallout 4, as you prepare to leave the Vault 111. The...
Read More

Author VgamerzPosted on May 12, 2016October 13, 2019
Stellaris Stellaris is indeed a stellar game! The depth of this game is incredible and the AI is so ruthless that even on Normal...
Read More

The Best Weapon in Fallout 4 Is…

Author VgamerzPosted on November 16, 2015January 30, 2017
Fallout 4 comes with nearly limitless weapon combinations thanks to the new weapon modding feature that Bethesda implemented, but the truth is that most...
Read More