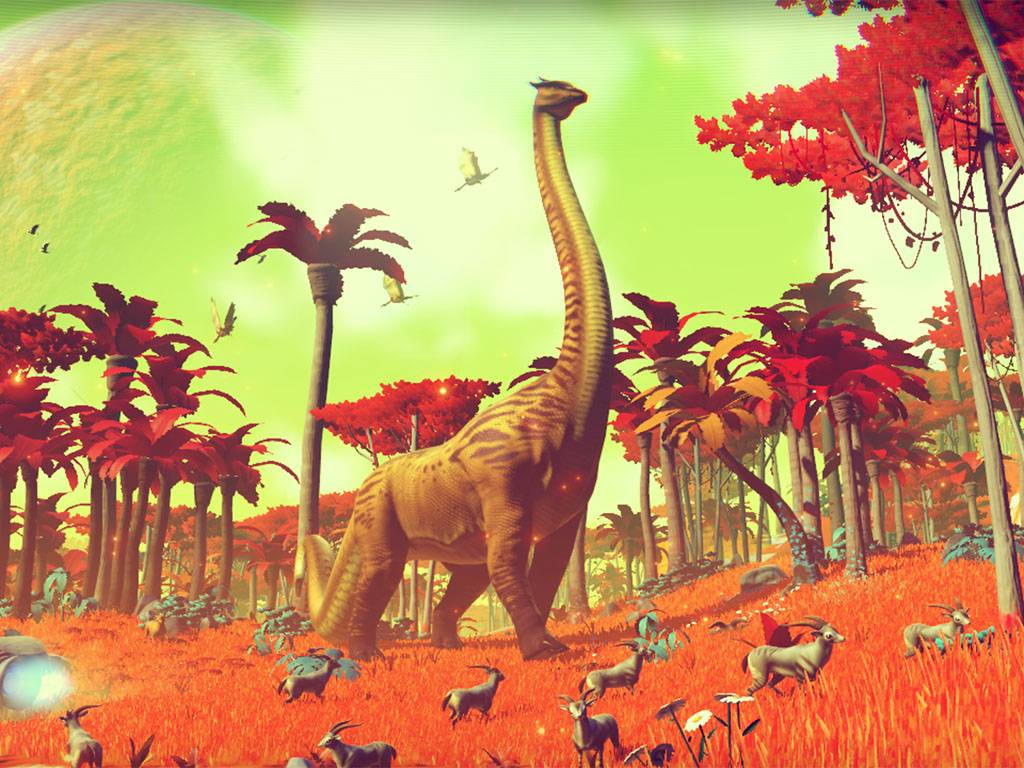 We all know No Man’s Sky, developed and published by Hello Games’, and how it surprises us every showing with brand new footage and worlds to explore since the game’s world is procedurally generated thus you will never explore it fully.

Hello Games’ Sean Murray was featured on The Guardian ( Via: VG24/7 ), talking about how No Man’s Sky can’t be exposed to leaks or footage uploaded on YouTube no matter how many you watch of them, you will get your own unspoiled and unique experience of the game.

“In this era in which footage of every game is recorded and uploaded to YouTube, we wanted a game where, even if you watched every video, it still wouldn’t be spoiled for you,” he said.

“And we wanted those discoveries to be meaningful in the sense that they could be shared with other players, all of whom existed in the exact same universe, rather than inside their own random dimension.”

Sean also states that every official posted footage of the game, was played by him so this is even more proof that no two players will experience No Man’s Sky in the same way.

“Every time you see No Man’s Sky, it’s literally me playing, wearing headphones, trying to film things that go well with the music,” Murray said. “It’s the most genuine way in which we can show the game.”

No Man’s Sky is currently set to release on PC and PS4 with no release date announced yet.

Do not hold your breath for WWE 2K21, it’s been cancelled

Author VgamerzPosted on April 24, 2020April 29, 2020
The WWE franchise has been a staple of 2K Games’ sports catalogue since they acquired the rights in 2012. Going back further, THQ first...
Read More

Author Simon O'NeillPosted on December 7, 2014October 10, 2019
Uncharted Sony has revealed the first gameplay footage of the highly anticipated Uncharted 4 via Playstation Experience, and it is a delicious return to...
Read More

Don’t Starve Together Gets Reign Of Giants Content For Free

Author VgamerzPosted on October 24, 2014October 10, 2019
Evolve Although Evolve is only going to see daylight sometime in February (if no delays happen), 2K Games and Turtle Rock Studios are getting...
Read More