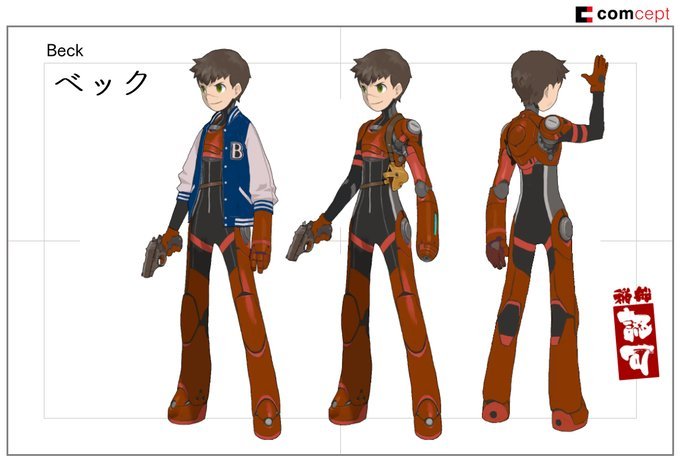 Mighty No. 9 is considered a “Mega Man spiritual successor” made by its creator itself. After breaking crowdfunding records with the game, which is due to release on September 15th on North America and September 18th on Europe, Keiji Inafune and Comcept turns to Kickstarter once again. The new project will also be… a spiritual successor to Mega Man! Named Red Ash, the new game is not inspired by the 2D series, but the open-world adventure Mega Man Legends.

Similarities between Mighty No. 9 and Red Ash don’t stop there, as both protagonists are called Beck and can get different kinds of weapons in their left arm. Aside from these similarities, Inafune and team intend to create a gigantic anime-like world, mixing elements from action-adventure games and RPG in a near-future setting.

One of the explanations for Red Ash not attracting a lot of buzz from players come from the July 4th holiday during this weekend, according to GameInformer. Also, players must be skeptical with the project since Mighty No. 9 still wasn’t released yet, which makes sense for a consumer’s point of view, but not that much for a developer studio that work in different projects at the same time. We believe Red Ash probably will hit its objective but won’t get all stretch goals as its predecessor had.

Author Simon O'NeillPosted on October 27, 2015January 30, 2017
Destiny has received a surprise event known as Festival of the Lost, to celebrate Halloween. It will last from the 26th of October to...
Read More

Author Ethan HornPosted on June 9, 2014October 11, 2019
Sunset Xbox One exclusive Sunset Overdrive revealed a suite of info on Xbox’s big stage.  In addition to a new trailer and gameplay, an...
Read More