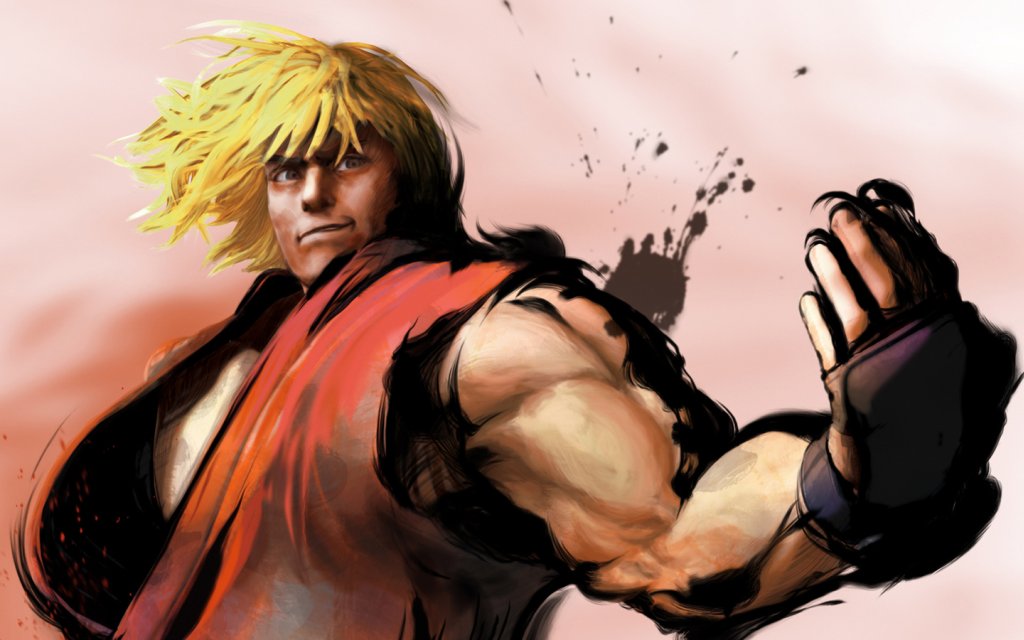 The eighth character in Street Fighter V was confirmed. But don’t expect to see him in his usual red gi, as the character gained a new wardrobe. Although his special moves will still be the same as Ryu’s, their presentation will be most different, especially the Tatsumaki Senpuu-Kyaku move. As we can see on its reveal trailer below, you will be able to use diagonal-based Tatsumakis, for example.

He also seems to be faster and even more aggressive than his Ultra Street Fighter IV version. Aesthetically, his clothes have a more Western look and he seems to have adopted his long hair once again.

Also, his Asian heritage (his mother was Japanese) is easier to detect than in previous games, where he would be easily recognized as an American. Another character is teased at the end of the trailer. His identity is still unknown and most of the players are guessing Akuma will be the next reveal. In my opinion, the character in question is E. Honda, not Akuma. Unless Akuma decided to use face paint as well.

Street Fighter V have seven characters confirmed: Ryu, Chun Li, Charlie, M. Bison, Cammy, Birdie and Ken. Earlier this week, creator Yoshinori Ono sent a video to Brazilian fans confirming a Brazilian stage and announced his visit to Brazil in October, which he will reveal another character, strongly hinted to be Blanka, the electrical green beast. Street Fighter V will be released on Spring 2016 on Playstation 4 and PC.

Author MostafaPosted on July 11, 2015January 30, 2017
Metanet Software have revealed through their twitter the game’s official soundtrack and it looks, and sounds, pretty amazing with “63 tracks, 40+ artists, 6+...
Read More

Author Simon O'NeillPosted on July 1, 2014October 11, 2019
Witcher CD Projekt RED has officially announced The Witcher Battle Arena, a free-to-play MOBA for mobile devices.  When you think of The Witcher, you...
Read More

Author VgamerzPosted on September 14, 2015January 30, 2017
I guess this should go without even saying, but here you have it: Warning – Spoilers Ahead! The “real” or True Ending of MGS5:...
Read More

Author VgamerzPosted on August 15, 2016January 9, 2017
I’ve been playing No Man’s Sky like crazy in the past few days and I have already discovered and explored a bunch of planets,...
Read More