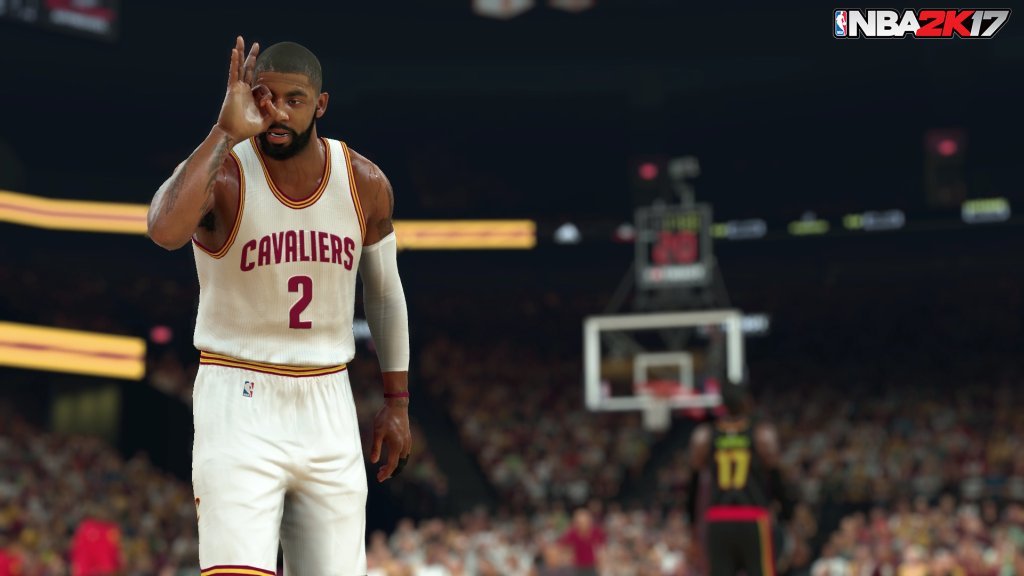 Now that NBA 2K17 has been out for a while and I’ve been playing it like crazy, I’ve experimented a little bit with different player builds and I think I managed to find some really good builds to share with you guys. Since most players – including myself – like to play as point guards in the NBA 2K series, this is the first position I focused on and I am here to share with you my opinion on how to build the best NBA 2K17 PG for My Career. You will be a bit surprised with my choice, probably, so I will also share a more traditional build that can still rock the court.

So yes, this year I’m playing it differently and I am sharing with you not one, but two builds. So let’s not waste a single second and let’s check out below the best NBA 2K17 PG build to increase your player’s performance!

Just like in last year’s game, it’s mostly all about choosing the right height, wingspan and weight for your player and combine them with the most suitable archetype. There are many opinions on what’s good and what’s not, but here is the freak PG I came up with that will rock the court!

We’re going to choose the Playmaker archetype for our player and trust me when I say that he’s still be able to score a lot. The reason why we go for this archetype, though, is that we want to max out Agility (and you can also max out Playmaking eventually), while still keeping decent stats in the scoring categories.

Now the secret to grabbing this perfect build? Go for a TALL player! Set him to be at 6.6 and select maximum wingspan and shoulder width. It will show you that a lot of stats will drop, but don’t worry about that. Choose a low weight weight for an extra boost – something like 180 or 185 lbs and you’re ready to rock! Trust me, this build is absolutely amazing and you will do insanely well in defensive thanks not necessarily to the height, but the wingspan as well.

If you don’t want to go with something as dramatic and you still want to grab a good PG build, I have a more traditional build for you that will perform extremely well. We’re going for a scoring freak this time, because everybody loves to score, right? Again, some might not be very happy with this build as we’re going to kind of sacrifice three point scoring here, but you’ll see that there’s life without 2 pointers too!

What we’re going to build is a great PG with the Shot Creator archetype. Now, the wingspan shouldn’t be something out of this world – either keep the default one or increase it by a few nudges. Also keep your shoulder width at default and go for the weight bonuses at 180 lbs. There’s really no need to add extra weight to any type of PG build unless you go for the slasher, so always keep the weight low in order to get the boost from there. And the height? I went for 6.3 – it’s not too short to be constantly under their opponent, not too tall to lose a lot in terms of stats.

Why is this build good? Because you a very agile player that scores off the dribble constantly. Mid range shooting is also very good, so you will be scoring those twos and drive your opponent crazy. You won’t be a superstar when it comes to scoring three throws, but you’ll be scoring everything else, you’ll do great in defense as well with steals and interceptions and even the random blocks and you can become unstoppable. Go for this if my freak recommendation above sounds too extreme for you.

So these would be my recommended PG builds for NBA 2K17 – I would love to hear your opinion on them after you try them, especially the tall playmaker type because I had so much success with him (and fun playing him as well!)

Author VgamerzPosted on October 27, 2014October 10, 2019
Civilization Virtues in Civilization: Beyond Earth are basically the Social Policies of the previous game, reworked and polished to look and be a lot...
Read More

How to Fix Battleborn Crashes, Low FPS, Freezes and Other Problems

Author VgamerzPosted on May 4, 2016January 9, 2017
The extremely fun Battleborn has been released by Gearbox Software and we can finally fully enjoy the game. Well, at least most of us...
Read More

Author VgamerzPosted on October 24, 2016October 13, 2019
Civilizaton In my recent guide to founding the perfect Civilization VI religion, I told you about the importance of Pantheons in the game. The...
Read More

Author VgamerzPosted on November 12, 2015January 30, 2017
Bottlecaps – or Caps, as we all know them in the Wastelands / Commonwealth – are the main currency in the game and, especially...
Read More

How to Fix Civilization 6 Crashes, Loading Screen Freezing and Other Problems

Author VgamerzPosted on November 1, 2016October 13, 2019
Civilization Civilization 6 has been out for a while now, but unfortunately some gamers are still having some trouble with the game. There are...
Read More

How to Fix Assassin’s Creed Unity Crashes, Freezes and Other Problems

Author VgamerzPosted on November 12, 2014October 10, 2019
Assassin’s We were all hoping for a perfect Assassin’s Creed game from Ubisoft with the launch of Aassassin’s Creed: Unity, but it appears that...
Read More