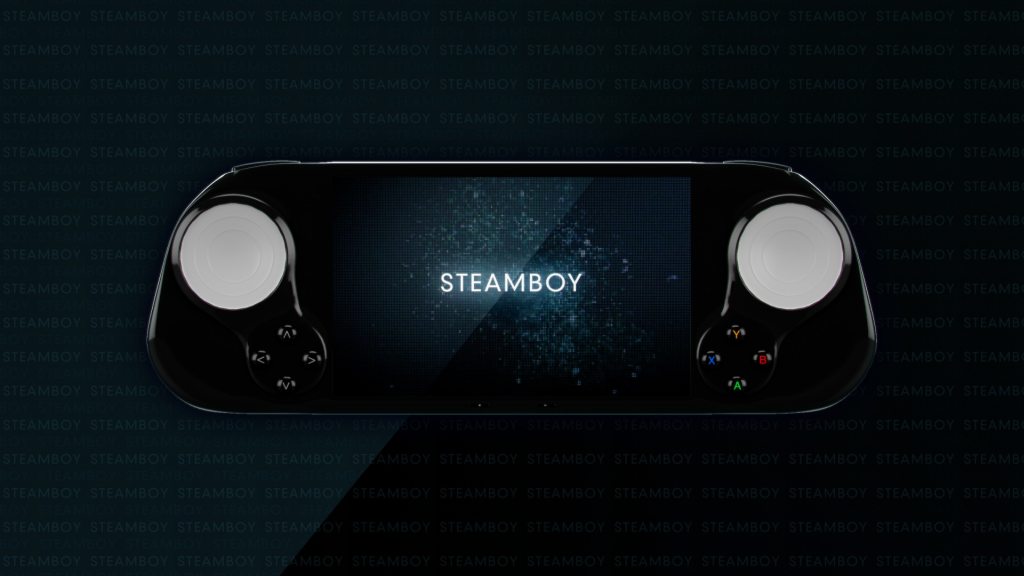 Valve, the company behind the much acclaimed Steam Online Store, have very recently announced a portable console that is due to run the Steam OS and have the capability to play a big variety of Steam games. The console is named Smach Zero, but you might also call it Steamboy.

The specs currently stand as :
4 GB of RAM and from 32 GB of internal storage, the screen will be touch and will run the games at 720p and have HDMI output.
Earlier this year it was announced that the  Smach Zero’s CPU will be an AMD embedded G-Series SoC ‘Steppe Eagle’ with Jaguar-based CPU and GCN-based Radeon graphics.

It’s very clear that a great number of games won’t be available for the Steamboy, but it has been confirmed on a promotional vídeo that the console will support over 1000 games.

Until now, not much information has been released but the fact that it will cost299€ in Europe, and $299 in North America.

Here’s the trailer for the console:

And don’t forget, for more on Valve and Steamboy-related, stay tuned to VGamerZ.

Author Simon O'NeillPosted on March 31, 2014October 12, 2019
Final Fantasy Remember that Final Fantasy VII tech demo at E3 2005? The one that showed off the hardware capabilities of the PS3? I...
Read More

Author VgamerzPosted on August 5, 2015January 30, 2017
Even though most hardcore gamers are making fun of the Call of Duty franchise and they don’t consider it “hardcore at all,” they usually...
Read More

Author VgamerzPosted on October 23, 2014October 10, 2019
Lord The nice folks over at Bundle Stars have just went live with a really nice bundle: The Lord of the Rings bundle which...
Read More