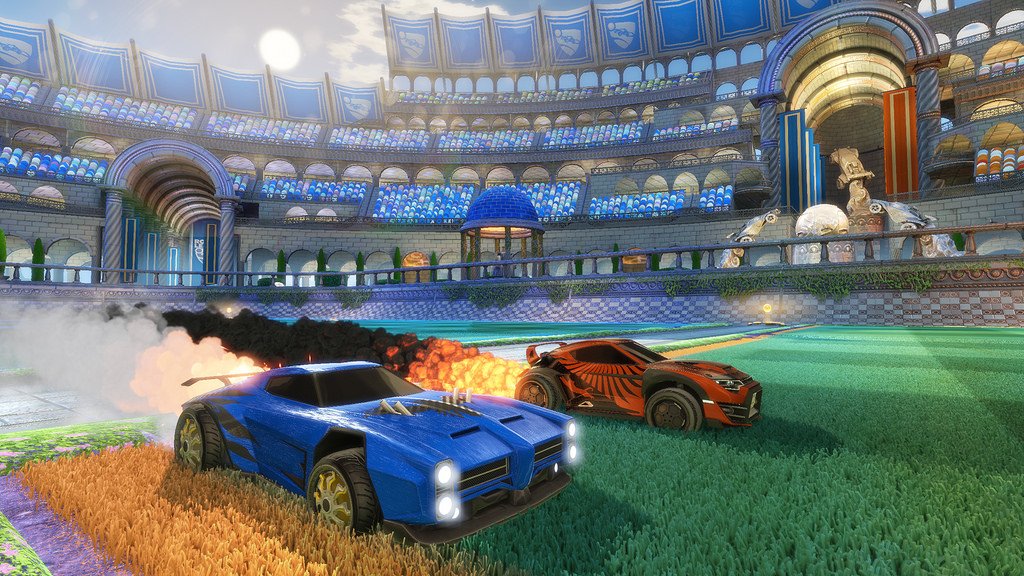 The developers behind Rocket league, the game that predecessed the 2008 Supersonic Acrobatic Rocket-Powered Battle-Cars, announced that this year’s huge hit, Rocket League, will be receiving na entirely new DLC, simply known as Revenge of the Battle-Cars, an homage to its predecessor).

The Revenge of the Battle-Cars DLC will bring new car -Scarab and Zippy – which were originally from thepast game, and will also include 12 new decals, 6 for each car, and a bunch new customizations like new paint types, wheels, rocket boosts and toppersand antennas.

Besides all that, Revenge of the Battle-Cars will also add five new achivements onto Steam.

Psyonix, the development team behind the explosive and icnredibly fast cast-franchise, has stated:

“These variants are the last ‘regulation-style’ maps you’ll see for while, by the way, as our next few arenas after that will focus on more ‘unusual’ layouts and settings (more on those later this year), Additional FREE goodies, like new music, Community and Country flags, and our customary updates and optimizations will ship alongside the DLC.”

So, are you excited for the DLC and everything that comes with it? Be sure to tell us in the comments, but don’t forget, for more Rocket League-related, news, reviews, and much more, stay tuned to Vgamerz.

Bring Back Bioshock - The Bioshock Collection

Author KirstenPosted on July 7, 2015September 18, 2019
Victor Vran Victor Vran is an upcoming (and I use that term loosely) action role-playing title developed by Haemimont Games. It’s been in early...
Read More

Author VgamerzPosted on January 9, 2015October 10, 2019
Beamdog Fans of the original and highly popular Baldur’s Gate game and its sequel have all the reasons to be extremely happy today: developer...
Read More