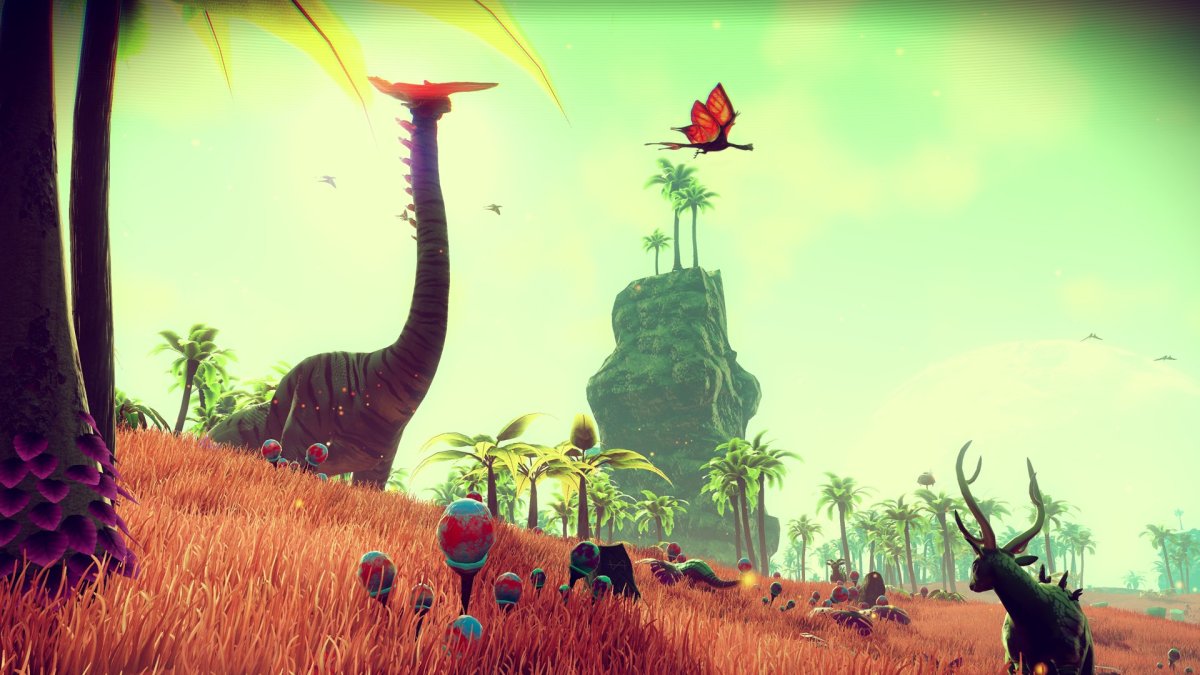 I’ve been playing No Man’s Sky like crazy in the past few days and I have already discovered and explored a bunch of planets, named a gazillion animal species and plant life and became pretty fluent in Gek. The game is indeed amazing, but the whole crazy solo-explorer thing could get a little boring every now and then and a bit of diversity never hurts.

The good news is that the development team behind No Man’s Sky agrees with me (without directly knowing it, of course) and they’re planning to bring a much expected feature in an upcoming update: Base Building. The announcement was briefly made during the listing of the update changes brought by patch 1.03 and most people completely ignored it.

Here is what Sean Murray, the Managing Director at Hello Games had to say:

“Next up we’re adding the ability to build bases and own giant space freighters. Temporal AA and my new cloud rendering tech should be coming soon too. It will really change the game again, and enhance it visually.”

Yup, base building is finally coming – sooner or later – to No Man’s Sky and I am extremely excited about that! The implications of base building and the amount of extra content it could deliver are limitless. Just imagine building huge planetary bases to store all the items that you collect on planets, maybe bring in a few of the zaniest animals as pets and have a place to call home… on each planet that you build! Owning giant Space Freighters is also great news, but right now it’s the base building thing that makes me happy.

Too bad that no extra details have been given regarding the option to build bases in No Man’s Sky, but I expect the feature to be pretty basic when it’s launched (whenever that happens) and for it to become bigger and better with future updates. If they add to the list potential player interactions and meetings, then we will indeed have a stellar game on our hands!

How to Fix No Man's Sky Crashes, Low FPS, Blurry Visuals and More

Author Simon O'NeillPosted on January 26, 2016January 9, 2017
The first ever trailer for PlatinumGames’ upcoming TMNT game titled Teenage Mutant Ninja Turtles: Mutants in Manhattan, has been leaked ahead of schedule. While...
Read More

The Sims 4: EA’s Supposed Anti-Piracy System Has Been Nullified

Author Marta BrancoPosted on September 4, 2014October 11, 2019
Sims The Sims 4 “mosaic bug” is severely affecting the playability of the game for some players. However, the gaming community has already found...
Read More

Titanfall 3 is not in works, confirms Respawn Entertainment’s head

Author VgamerzPosted on May 15, 2020May 17, 2020
Apex Legends has officially gone down as one of gaming’s biggest success stories. In its release month alone, Respawn confirmed over 50 million players...
Read More