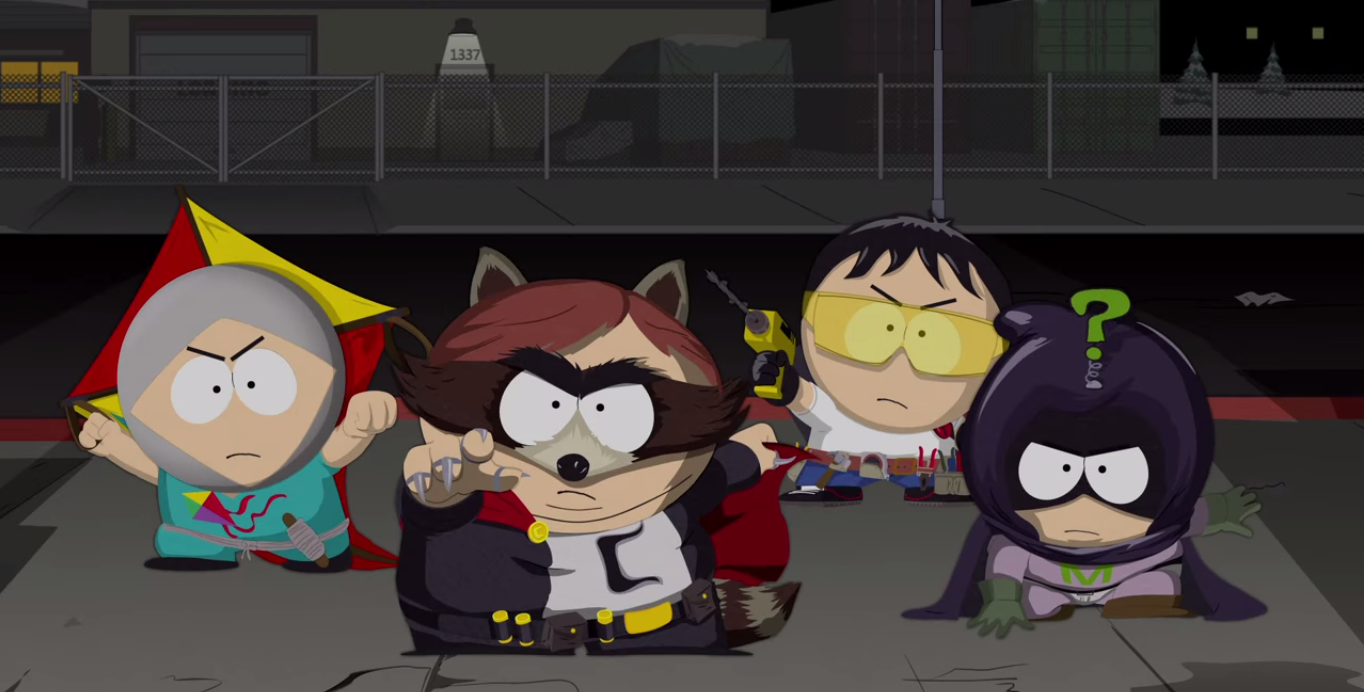 South Park: The Stick of Truth was one of those rare few licensed games to garner critical acclaim, capturing the unique look and feel of the long-running animated series it was based on.

In a surprising opening to Ubisoft’s E3 conference, a sequel was announced with a new take on the vulgar franchise. South Park: The Fractured But Whole trades out the fantasy theme of the previous title for a focus on super heroics.  However, it will follow directly with the events of the first game as it’s all just the role-playing shenanigans of the childish protagonists.

The creators of the show, Trey Parker and Matt Stone, will return to lend their creative minds to its development and promise to take everything they learned in the first game to make this one much better.  You can see the foul-mouthed reveal trailer here:

It has all the familiar role-playing trappings, but with the cheeky and bizarre twists you’d expect. You’ll be collecting a myriad of armor, weapons and equipment options, following your objective menu, talking to far too many NPCs, all of that good stuff. But you’ll also be equipping some very suspect things to your bows and spears to increase their ‘gross’ stat, and be put down by King Cartman every opportunity he gets.

In short, this much-anticipated release could be a lifeline for everyone tired of the disappointment of licensed games.

SP: The Fractured But Whole will release on Playstation 4, Xbox One, and PC.

Shovel Knight is Getting a Retail Release

Author Kevin TashPosted on July 1, 2015October 2, 2019
Shovel Knight One of the best games of last year is coming to a store near you. After a year of Shovel Knight being...
Read More

Author Simon O'NeillPosted on June 23, 2014October 11, 2019
Maplestory After the announcement of Maplestory 2 and its extremely disappointing reveal, I had been waiting to see what Nexon had in store for...
Read More

Author Nick ConnorPosted on May 16, 2015October 8, 2019
Costume Frederator Studios, an independent animation studio, has announced a collaboration with Double Fine, an independent game developer, to create an eleven-minute short based on...
Read More