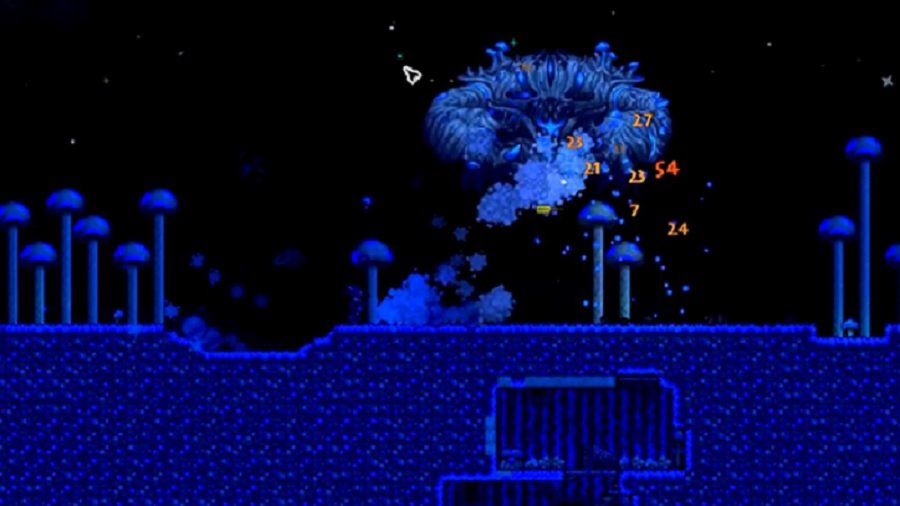 Since its release back in 2011, Terraria has become one of the best sandbox games ever made. Certainly, Re-Logic should take a lot of the credit with their updates being consistently brilliant. When Terraria 1.3 dropped in 2015 it added an entirely new endgame. Update 1.4, Journey’s End, is expected to do much the same later this year. However, it’s the modding scene that stands above all else. The sheer quantity of incredible content available through modding is staggering. Here are the five-best game-changing Terraria mods.

If we’re talking about adding content, there’s little need to look further than the Calamity Mod. Calamity adds over 1600 new items to Terraria. It also features several extra stages post-Moon Lord. For comparison, the Mood Lord has 145,000 health and is regarded as the hardest boss in vanilla. Calamity’s final boss, Supreme Calamitas, has 5,000,000 health.

The Calamity Mod also adds five brand new biomes to your world. All of these new biomes feature unique bosses. Speaking of bosses, there’s a lot of new ones to fight here. Including mini bosses, there’s a total of 31 additions. Calamity’s bosses are harder than regular bosses. They often require more thought, skill and preparation, even for veteran players.

If all that’s not enough for you, what about a brand-new class too? The new Rogue class adds a stealth mechanic to Terraria’s combat. This exclusive skill stacks based on how long you stand still or don’t use an item. Each stack of stealth increases damage, critical strike chance and movement speed. In the late game, this can result in some pretty game-breaking numbers.

Of course, not all mods are as glamourous as Calamity. Sometimes it’s the small things in life that make the biggest difference. VeinMiner, inspired by the Minecraft mod of the same name, is a simple mod that lets you mine entire ore veins in one swing.

This is a powerful mod that is probably not advised for any first-time playthroughs. A big part of Terraria’s early game difficulty is the grind of collecting resources via mining. VeinMiner removes most of this grind for the player’s convenience. On the other hand, experienced players will love this. No more tedious and slow early game mining with trashy copper tools.

Similar to VeinMiner, Magic Storage is another convenience mod inspired by Minecraft. Specifically, the ME Storage section of Minecraft’s Applied Energistics mod. Magic Storage guts Terraria’s chest system and replaces it with an all in one mega chest. This magical storage system can effectively store infinite items based on your set up.

Magic Storage is surprisingly well balanced given how powerful it can be. You can create basic storage early game but upgrading these requires more advanced resources. The highest level of storage unit, which carries 640 items per block, requires Radiant Jewels, a 5% drop from the Moon Lord. However, grinding for this is well worth it as you’ll end up with enough storage space to last an eternity.

Real mod junkies tend to not stop at just Calamity. Sure, 1600 items, 31 new bosses and five new biomes are nice. Why stop there though? By adding Thorium, you get access to a further 1900 items, 11 bosses, yet another biome and a brand-new way to play Terraria.

Say hello to support classes. Thorium adds both the Healer and Bard class. These two classes are designed with multiplayer in mind although can still be viable in single player. The healer, well, heals their teammates and the Bard hands out various area of effect buffs. Unique items within these classes feature various video game references. For example, you can use the Medi Gun from Team Fortress 2 or Lucio’s Sound Amplifier from Overwatch.

Whilst Calamity adds tonnes of post-Moon Lord content, Thorium focuses on improving existing content. All the way from pre-bosses to Ragnarök, Thorium adds a bunch of new things to do, make and see. This mod is a little more casual-friendly than Calamity with most bosses being similar in difficulty to their vanilla counterparts. 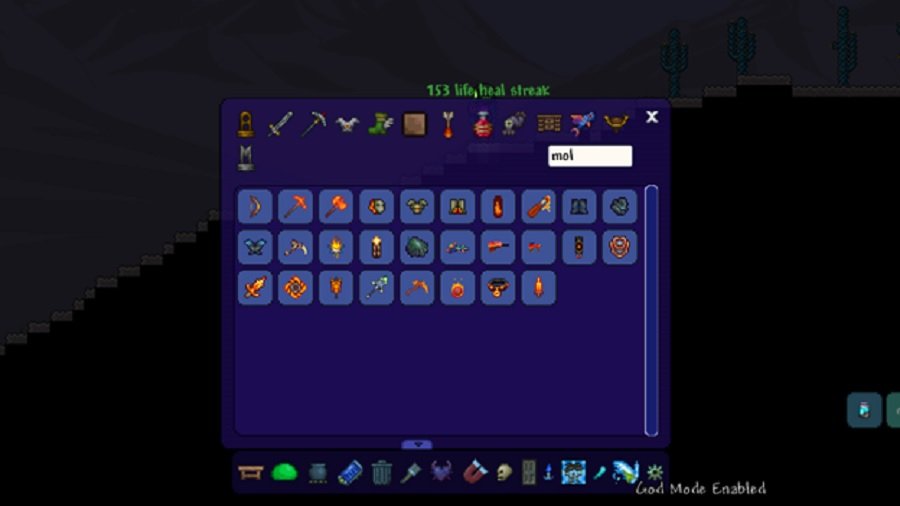 Terraria has always been first and foremost a sandbox RPG. This has its perks for sure. Epic boss fights, fascinating biomes, and incredibly fun weapons to name a few. The downside is that it doesn’t offer great tools for players who want to focus on the creative side of things. A lack of Creative Mode like Minecraft can make large scale building difficult.

That’s where Cheat Sheet comes in. This mod grants completely game-breaking abilities designed to give you absolute freedom. From spawn rate manipulation to literal god mode, Cheat Sheet unshackles all restraints. Terrible for a regular playthrough. Incredible for creating something mind blowing.

Of course, there’s plenty other incredible Terraria mods but if I tried to name them all we’d be here all day! Be sure to let us know what your favourite Terraria mods are.

What is it about that mod that makes it so great?

Author Ethan HornPosted on June 9, 2014October 11, 2019
Assassin’s Every year’s Assassin’s Creed game gets a fantastic Cg trailer, and Unity is no exception. This year’s trailer features the four assassins we...
Read More