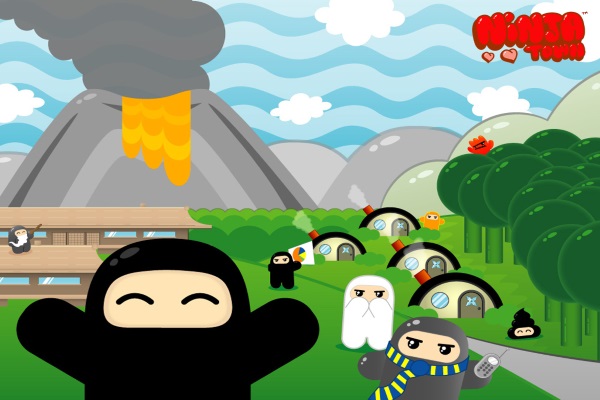 As we know, licensed games are always a dodgy prospect. Alarm bells start to ring at the very mention of a ‘game-of-the-film,’ and we know they’re in immediate danger of rating high on the crapometer. For this egregious prejudice, I blame Superman 64 and its legacy of awful.

Oftentimes, the bigger a blockbuster the source material is, the less effort is put into the accompanying game. It’s going to be bought in droves anyway, so why not rush out something that a comatose chihuahua could make overnight?

Today, we’re taking a look at Ninjatown, a completely different kind of licensed prospect. This one is based on Shawnimals’ line of adorable plush toys, of all things, and makes for one of my favourite tower defense titles.

Ninjatown hit the DS in 2008, and is based on Shawnimals’ popular Wee Ninja character. The plot is the usual simple strategy fare: the town is under attack by the forces of Mr. Demon, a far-too-cute-yet-dastardly creature bent on world domination (think of him as a huggable Sauron). Whose job is it to lead the defense? Well, yours, that’s who. 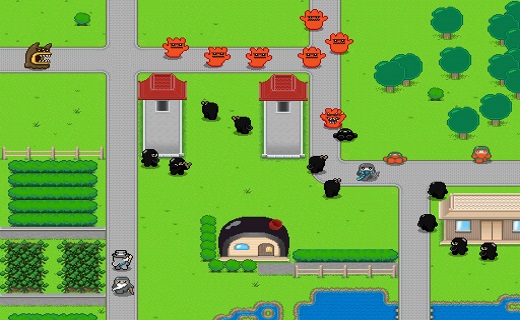 Fortunately, you aren’t short of warriors of your own. Each stage consists of a path the monsters will follow to the goal, with each that passes through sapping your HP by a point. Along the route, there are limited locations to place ninja huts, which are your towers.

Different huts produce a different kind of ninja, and you’ll have to adapt your strategy on the fly according to the foes you face. Crazy rollerskating demons, for instance, are handily dispatched by the Business Ninjas. These guys are very fast themselves, due to being hopped up on caffeine, and will smite your enemies with their mobile phones. Yep, this is an actual Ninjatown scenario.

All in all, this is a fairly conventional tower defense game at heart. You have ranged fighters, stronger close quarters fighters, and weaker projectile fighters that can slow enemies down. You can upgrade huts and sell them and such, and you can unleash one-off powers to turn the tables. It’ll all be familiar to genre fans.

What sets this one apart is the cheeky charm of its characters and writing. Fans of such things should definitely give Ninjatown a go.

This War of Mine Tips & Tricks: The Ultimate Strategy Guide

Author Chris LittlechildPosted on January 18, 2015October 10, 2019
Evolve is a tempting, tempting prospect. Call me cynical, but the concept itself sounds like something that can’t possibly be as awesome as it...
Read More

Batman Arkham Knight is a disappointment, but ultimately a good game

Author AlexanderPosted on July 21, 2015January 30, 2017
Let me make something clear right of the bat (no pun intended) – “Batman: Arkham Knight” is not a bad game by any stretch...
Read More

Author Chris LittlechildPosted on June 14, 2014October 11, 2019
QuickPick There are some genres perfectly suited for the touchtastic talents of the DS. When it’s implemented properly, and not just shoehorned in for...
Read More

Author VgamerzPosted on July 2, 2015September 28, 2019
Early Access Opinions are usually mixed when it comes to Early Access games and the truth is that some of the games that make...
Read More