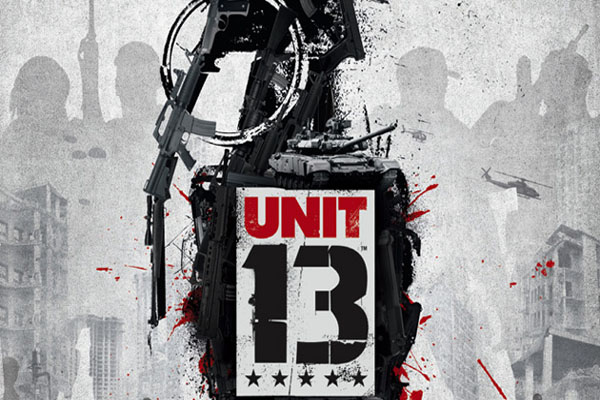 PS Vita hasn’t been the most stellar of success stories. Much of this is due to a failure to utilize its impressive potential. In the technical stakes, it’s quite the I-think-I-just-wet-myself-a-little powerhouse; in handheld console terms. But what of the most crucial factor, the games themselves?

The portable Uncharted that released with it was a bold effort, and showed that the big PlayStation franchises could translate quite well to the handheld. It’s just a shame that they haven’t been given the chance since.

While the AAA gaming elite haven’t graced the system much, it hasn’t been without quality and impressive games. One of these was slightly-late-for-launch title Unit 13.

This TPS was the last game developed by Zipper Interactive, and a system exclusive. It’s the tale of a man-tastic, studly band of special forces guys (think the helicopter drop-off scene from Predator and you’re just about there), in the fight against international threats. 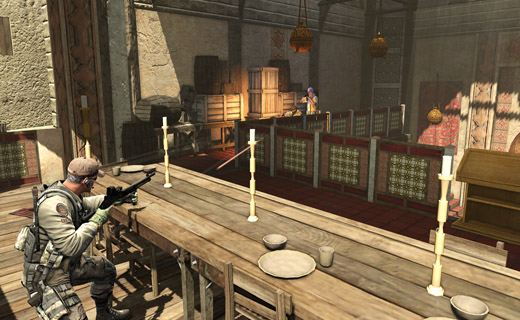 The aforementioned action is very well done. Gameplay is of the SOCOM variety, with particularly cover-heavy combat and objectives to complete. The controls feel spot on, with a few scant touchscreen shortcuts that aren’t intrusive or shoehorned in. It all looks suitably sharp too.

There isn’t a huge crop of missions, but each offer different ‘styles’ which change the way you approach your objectives. The stealthy-stealth mode is much different to the blow-the-hell-out-of-everything-like-Arnold-Schwarzenegger mode (the real names of which elude me). There’s further replay value in leveling up your squad, each of which are better suited to certain styles of play. The frail sniper, the tanky dude, they’re all here.

The primary appeal to Unit 13 is for high score hunters, who will find more points multiplying opportunities than they know what to do with. The game was a great showcase for the Vita’s capabilities in all kinds of ways, from a technical standpoint. Another of these was the community aspect, with scoreboards and such always displayed. If you’re a shooter fan looking for that community sense, and a real challenge, this slightly obscure title is a fine way to go.

Why ‘Plants Vs Zombies: Garden Warfare’ is the Best Spin-Off for Some Time

Author Chris LittlechildPosted on January 21, 2014October 13, 2019
Final Fantasy First and foremost, those who are utterly and thoroughly outraged by seventeen-year-old spoilers need to leave now. We’re going to prattle a...
Read More

Author Nick ConnorPosted on November 5, 2015January 30, 2017
Blizzcon is this weekend and Blizzard’s first foray into the first-person shooter genre, Overwatch, definitely looks like it’s going to be headlining the show....
Read More

Author VgamerzPosted on June 18, 2014October 11, 2019
Laptops Being mobile today is a must and more and more gamers are moving from their desktop computers to gaming laptops for the added...
Read More

The VgamerZ Monster Files: The Zombies (Plants vs Zombies)

Author Chris LittlechildPosted on July 14, 2014October 11, 2019
Plants Yes indeed. These moldy buggers have been de rigueur in games for some time now. Hardly worthy of a place in the hall...
Read More