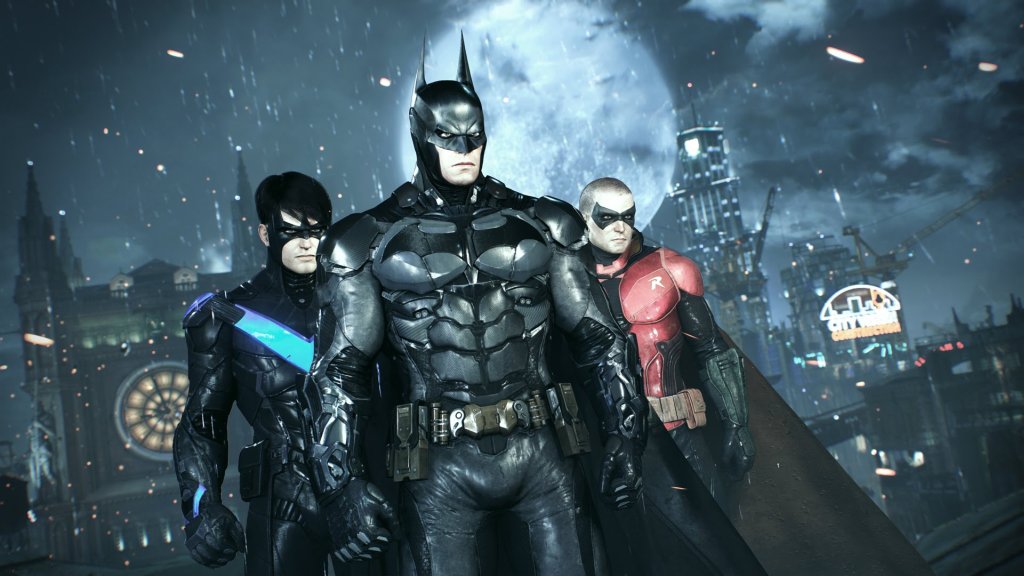 Welp, folks, here we are. Another AAA release and the internet is, again, set ablaze from the pitchforks and torchlights of angry gamers having to sit through another title that’s broken at launch. Rocksteady’s Batman: Arkham Knight released today and even though review threads popped up four days ago with overwhelmingly positive scores, the PC version has been deemed a crock of garbage.

We all should have seen it coming. Really. When review threads popped up 4 days ago it was TotalBiscuit and PC Gamer who both spoke up to let everyone know that Rocksteady was only sending out PS4 review discs. PC review codes were nowhere to be found. Then, a mere hours before launch, a Reddit user happened to notice Rocksteady updated the game’s minimum spec requirements from an AMD 7870 to a 7950. And, now there’s a thread on NeoGAF that has over 89 pages, and counting, full of users talking about the myriad of issues they’re currently having.

FYI there's no PC review code for Arkham Knight as far as we know. Thou shalt not preorderr

The odd thing is that both AMD and NVIDIA users are experiencing issues across the board. Users with beefy specs are reporting lag, constant stuttering, dropped frames, cut scenes dipping into single digits, frequent crashes, wildly fluctuating framerate, locked to 30 FPS, and a whole host of other issues.

Rocksteady has already taken to their forums and said:

We’re aware that some users are reporting performance issues with the PC version of Batman: Arkham Knight. This is something that Rocksteady takes very seriously. We are working closely with our external PC development partner to make sure these issues get resolved as quickly as possible.

We’ll update this thread when we’ve got more info to share.

There are a few key points to take away from this. First off, having an external PC development partner means WB Games hired an outside team to port the game over. Looking through the credits, we can confirm that they used the same guys — Iron Galaxy Studios — that ported Batman: Arkham Origins, which was another game noted for having poor performance on PC (and still does). The credits then go on to only list 12 people. That means there were only 12 people who worked on the port, and they likely didn’t have enough time to optimize performance as well as it needed to be.

It’s a little odd to say that they take the issue seriously when they clearly didn’t when they handed the game over to a twelve-man team with a poor track record. And it definitely looks odd when you have a WB Games executive take to a message board to call PC gamers “a bunch of babies”. This isn’t the type of professionalism you would expect from such a large publishing company.

It’ll be interesting to watch how this will all unfold. In the mean time, check out PCGamingWiki to find out how to tweak your game if you’re running into issues, and remember that Steam now offers refunds.

Where Are the Other New Nintendo 3DS Exclusives?

Author VgamerzPosted on October 28, 2019November 19, 2019
There are only 10 days left of Overwatch Season 18 Competitive Play. In other words, time is running out for you to make that...
Read More

Author SamPosted on July 23, 2015January 30, 2017
The highly anticipated third instalment of the Toy Soldiers franchise is set for release in the US on August 11th with a UK date...
Read More

Do not hold your breath for WWE 2K21, it’s been cancelled

Author VgamerzPosted on April 24, 2020April 29, 2020
The WWE franchise has been a staple of 2K Games’ sports catalogue since they acquired the rights in 2012. Going back further, THQ first...
Read More

Civilization: Beyond Earth Has a Team of Writers Creating the “History” of the Future

Author VgamerzPosted on May 8, 2014October 12, 2019
Civilization When I saw the first details about Civilization: Beyond Earth, I was both excited and worried. Taking a game that traditionally takes place...
Read More