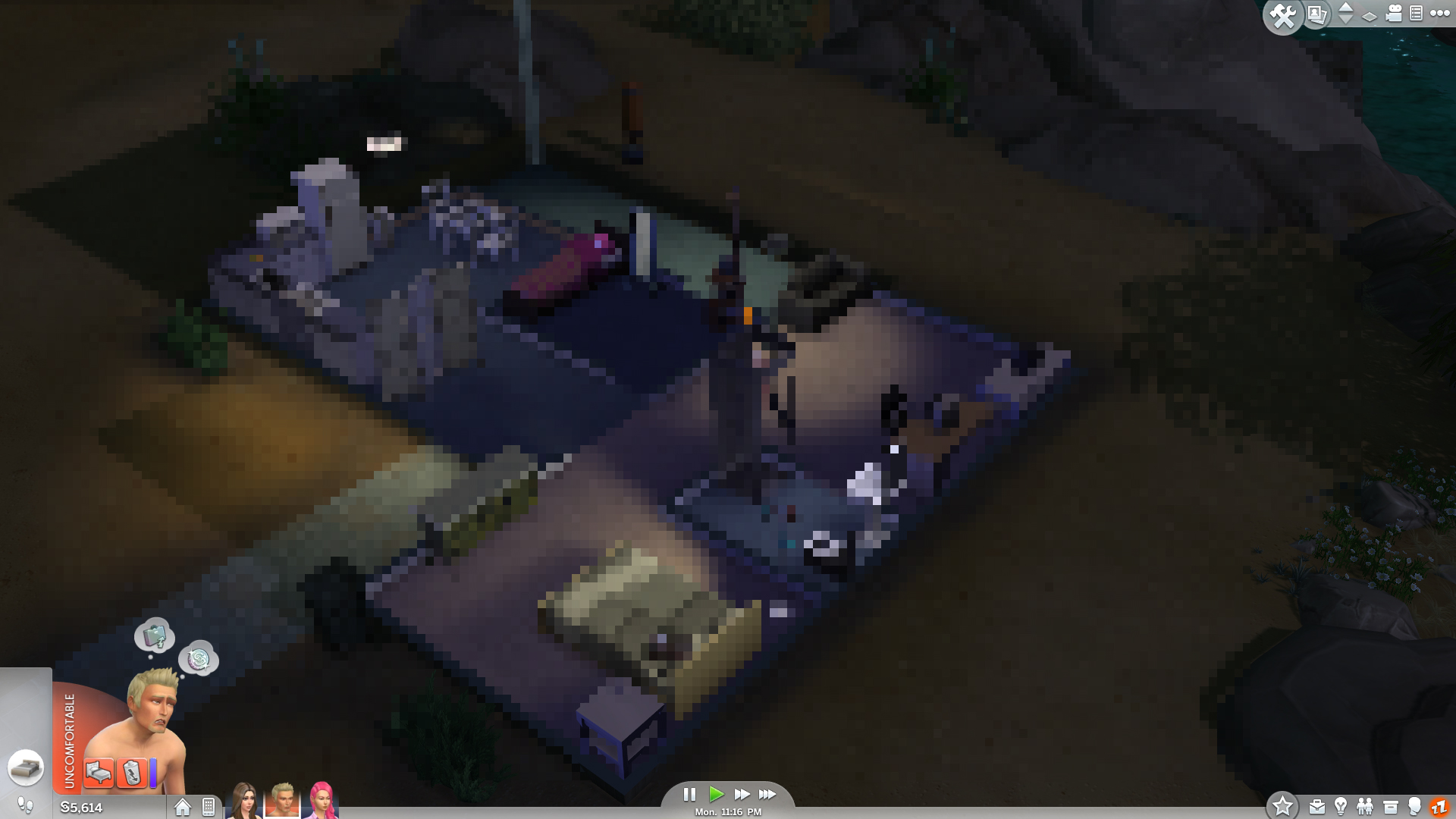 The Sims 4 “mosaic bug” is severely affecting the playability of the game for some players. However, the gaming community has already found a way to nullify this protection measure and restore a normal environment to the pirate copies.

It hasn’t been officially confirmed yet if whether or not this “mosaic bug” is actually a real bug or an attempt to block piracy. Still, the general gaming media believes that this is not a simple bug since it’s focusing mostly, if not only, players without an original serial key of the game.

A number of Sims 4 players have reported what they believed to be a bug, but which is apparently a bizarre form of copy protection that makes unauthorized copies of the game very difficult to play. (PCGAMER, 04/09/2014)

According to a popular torrent website, the “mosaic bug” can be easily fixed by changing the name of one of the game files. Additionally, a fully working crack has been developed and published yesterday, which means that EA’s efforts to evade piracy has been, once again, in vain.

But one question remains: how big of an impact will the pirated version have on the sales of this extremely popular game? Will it indeed work as a “demo” for players who want to test before you buy or will it only mean lost sales by Electronic Arts?

The Sims 4: How to Unlock the Sylvan Glade in Willow Creek

New Details Leak Out About Dishonored 2

Author BrandonPosted on June 30, 2015October 3, 2019
Dishonored 2 Dishonored 2 was a sleeper hit from Bethesda that sort of came out of nowhere and took everyone by surprise. The deeply...
Read More