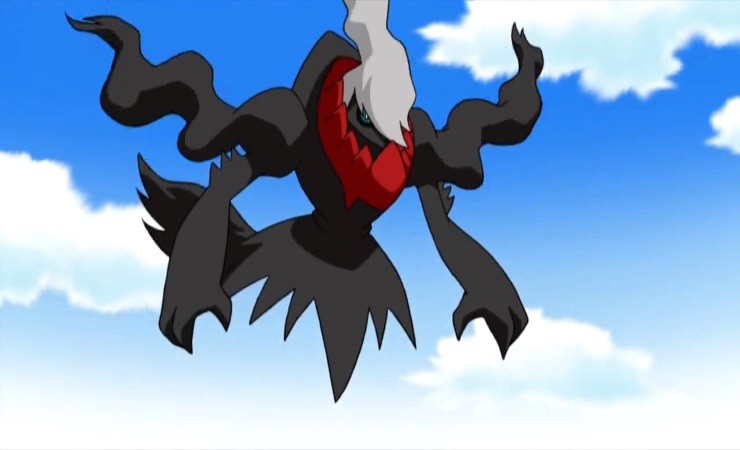 Ghost Pokémon, as we know, are already darn creepy enough. Take the likes of Phantump, the cutesy little pumpkin dude. It looks about as malevolent as Casper in a coma, but then you read its Pokédex entry.

“According to old tales, these Pokémon are stumps possessed by the spirits of children who died while lost in the forest.”

That’s dark, right there. And you know what else is dark? Darkrai, the Pitch-Black Pokémon. That’ll be why it’s called that. You don’t mess with this thing. It’s not a Ghost-type, true enough, but it sure looks like a ghost. And reminds me of the Dementors of Harry Potter fame, which is already more than enough to add this bugger to the feared ranks of the Monster Files. But that’s not all.

Dex number 491, this mythical Pokémon (not to be confused with legendary, Poké-nerds) was introduced in a Diamond/Pearl event in 2009. It serves as the counterpart to Cresselia, bizarre pink moon-duck that it is, and is the other member of the lunar duo. 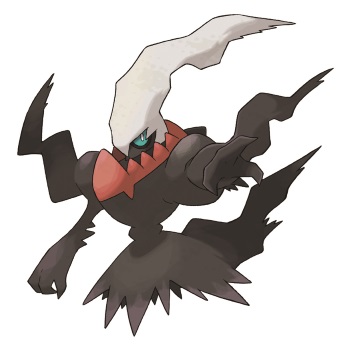 Unlike most ghost ‘mon, this guy doesn’t just look a little creepy, like Gengar and his buddies. Darkrai is a monster in every sense of the world. With great power, speed and a dastardly bag of tricks, this fiendish spectre was banned to ubers by the great God of Pokémon (Arceus, Smogon, y’know, whichever) and will remain there.

Darkrai’s signature move is Dark Void, a status attack to put foes to sleep. In doubles and triples matches, this is particularly horrifying, able to put both or all three opponents to sleep in a single –and very fast– shot. This thing’ll need to be a priority target for sure if it ever crops up in those formats, that’s for sure.

Smeargle, of all things, is feared in doubles matches purely because it also has access to the move. And if you know how craptacular Smeargle is, you’ll also know what a big deal that is. Darkrai is, and has created, a monster.

This vile shade is very frail, the type you’ll often find hiding behind a focus sash so it can survive a hit. By so doing, it gets even more opportunity to buff its power yet further with Nasty Plot and wreak some havoc. You can take it down quickly, sure, but you’re going to need to.

The Wolf Among Us: Episode 3 ‘A Crooked Mile’ New Characters

Author Marta BrancoPosted on April 12, 2014October 12, 2019
Crooked Mile A Crooked Mile, the third episode of The Wolf Among Us, introduces a new set of fables with very peculiar fates in...
Read More

5 Reasons to be Excited for Metal Gear Solid V: The Phantom Pain

Author Alessio CalaPosted on February 8, 2015October 10, 2019
Solid V Of all the previews for the most anticipated games to release in 2015 that are set to establish the true meaning of...
Read More

Author BrentPosted on August 5, 2015January 30, 2017
If you’re anything like me, you love glamorous vanity items and collectibles in MMOs. This is a guide for obtaining (almost) all of the...
Read More

Author Jordan AtkinsPosted on June 24, 2015October 7, 2019
This past week at E3 Bethesda announced the next in their line of critically acclaimed role playing games – ‘Fallout 4’. Assuming the mantle...
Read More