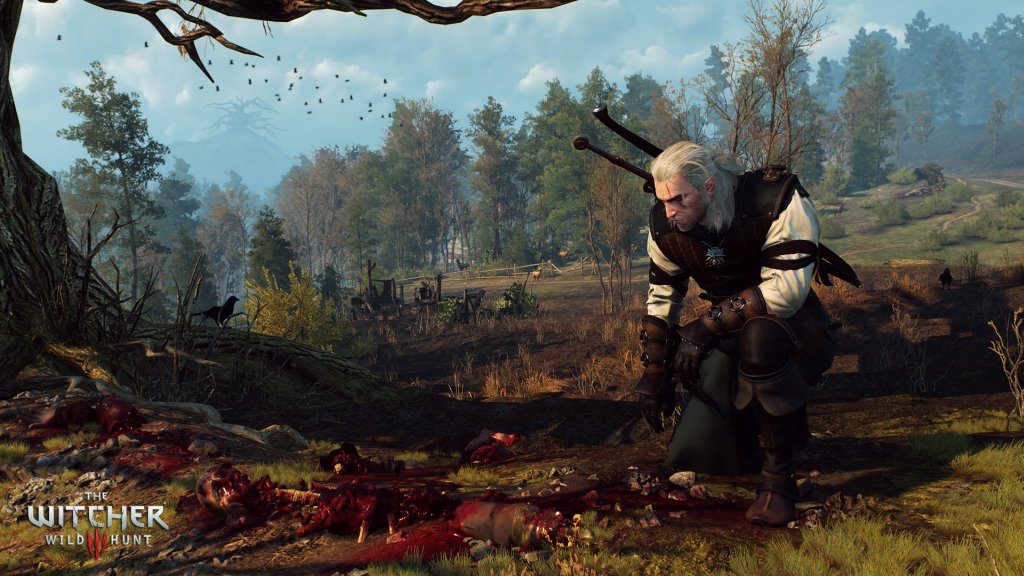 First and foremost a witcher is a human, however they’re humans who have undergone mutation from a young age at one of the witcher schools, such as Kaer Morhen. While at the schools they are subjected to extensive physical training, and the Trial of the Grasses. The Trial of the Grasses is a painful trial for all young witcher’s to go through, which involves the consumption of mysterious alchemical ingredients, known as the grasses. Only 40% of all young witchers-to-be survive the trial, however if they do survive it then they gain fast reflexes, super human strength, resistance to most diseases and in most cases full immunity, and a very long lifespan. However, the trials also make all witchers sterile and unable to have children. During the trials, the young witchers gain ‘cat like eyes’ which enables them to see in the dark. It is also used as one of the ways to identify a witcher.

Witchers are professional monster hunters. They aim to rid the world of as many monsters as they can, while making as much coin as they can too. They have two primary weapons of choice, a steel sword and a silver sword. They use their steel sword for standard, humanoid enemies and they use their silver sword for enemies to be considered monsters, as they are sensitive to silver. They had extensive sword training while at Kaer Morhen and they were trained using the famous ‘witcher style’ of fighting.

While at Kaer Morhen they also underwent basic magical training, which enabled them to learn Signs. Signs are  simple magical spells which do not require a magical formula, just a simple hand gesture, hence it being known as a sign. There are six known signs, these are:

Aard – A psychokinetic thrust of energy, it is used to knock down or disarm weapons from opponents.
Igni – A psychokinetic burst of fire that can set opponents on fire, and also simply create fires.
Yrden – A magical trap which is placed on the ground, enabling opponents to be trapped inside, causing damage.
Quen – A defensive sign which causes a magical shield to surround the caster.
Axii – A mental spell which makes the opponent it is used on fight along side the caster.
Heliotrop – A sign which creates a force field area around the caster, slowing everything down inside it other than the caster.

The first ever witchers came into being when human colonizers came into modern day Termeria and started to colonize the untamed lands. The witchers were then known as warrior monks who defended the settles from all of the monsters which threatened their way of life.

There are only a few witchers who are known to be alive now, and there are no more witchers being made. The notable witchers are:

Geralt of Rivia (A full profile can be found here)
Vesemir – The oldest and most experienced witcher, he is said to be at least three centuries old. He is someone Geralt looks up to and respects. He is in the upcoming witcher game, The Witcher 3: Wild Hunt.
Lambert – A younger witcher who is very rude and dislikes Triss Merigold. He helped train Ciri when she was at Kaer Morhen.
Coën – His first winter in Kaer Morhen coinsided with Ciri’s first winter there too, he helped train her in sword combat. He began his witcher training later than most, which is why he still retained scars from his face from when he was young. He died at the Battle of Brenna.
Eskel – A close friend of Geralt’s, they were both trained at Kaer Morhen at the same time and even underwent the trials together. He has a calm personality and a large scar on the right hand side of his face.
Berengar – A character who only appears in the witcher games, he can be spared or killed by Geralt.
Letho – The main antagonist in the Witcher 2: Assassin of Kings. He is the kingslayer and can also be killed or spared by Geralt. He was originally from the School of the Viper.

How to Fix Doom 2016 Crashes, Freezes, Performance Issues and Other Problems

Author VgamerzPosted on May 16, 2016January 9, 2017
The fourth Doom has been launched and it seems that this is the game that fans of the original shooter were waiting for: it’s...
Read More

Why Catherine Would Make a Great Movie

Author Kevin TashPosted on September 28, 2015January 30, 2017
Catherine, the 2011 release by Atlus, needs to be a movie now! As we speak, every studio in Hollywood is wondering what video game...
Read More

Author Chris LittlechildPosted on June 30, 2014October 11, 2019
Polterguy My favourite console (bar none), the Mega Drive, had quite a long and relatively prolific life. Sonic the iconic, Alex Kidd with the...
Read More

Author BrentPosted on August 5, 2015January 30, 2017
If you’re anything like me, you love glamorous vanity items and collectibles in MMOs. This is a guide for obtaining (almost) all of the...
Read More

Author VgamerzPosted on April 20, 2015October 8, 2019
Games There’s clearly a ton of things that you can do in video games way better than you would in real life: surviving alien-infested...
Read More