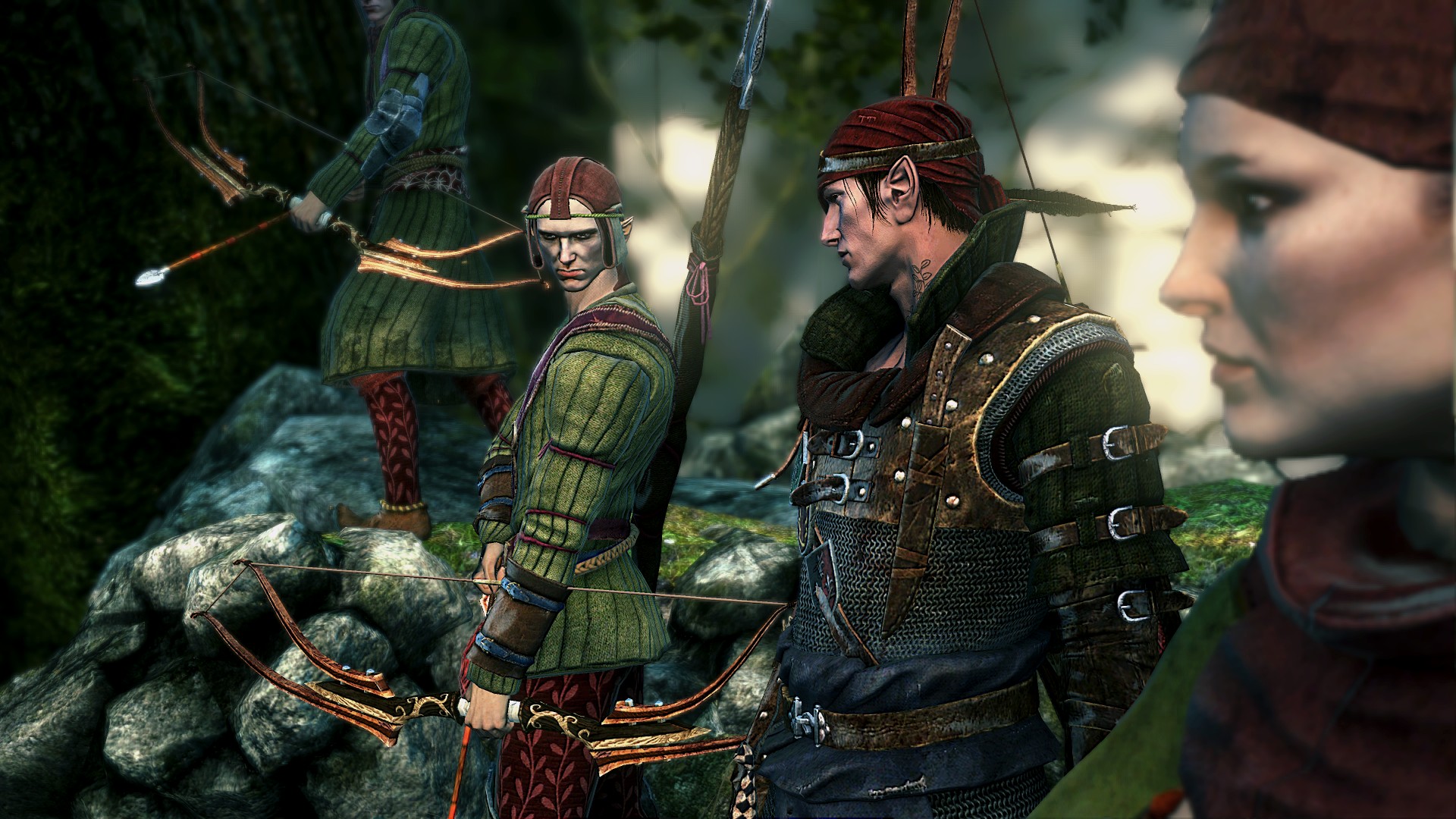 Due to being treat poorly by the humans in the Northern Kingdoms, the elves and other non humans formed a guerilla group known as the Scoia’tael. The Scoia’tael are also known as ‘the Squirrels’ because they live like squirrels in the woods. The Scoia’tael  hate humans just as much as humans hate non-humans, and they attempt to kill as many of them as they can. They allied with Nilfgaard against the Northern Kingdoms, and were chiefly used by the Nilgaardian Emperor,  Emhyr var Emreis, as a diversion but also to support his army. In return for siding with Nilfgaard, the elves received  Dol Blathanna (the Valley of the Flowers) as an independent state. Enid an Gleanna, also known as Francesca Findabair, is the queen of their state. Dol Blathanna used to belong to the elves for many years until the humans conquered it and the elves then fled to the mountains. They hoped to wait out the humans, as they thought they were nothing more than a plague which would one day end.

Elves differ from humans in looks slightly, but are generally considered attractive. They have pointed ears and they have small, identical teeth without canines.

Author Marta BrancoPosted on May 5, 2014October 12, 2019
Call of Duty Call of Duty : Advanced Warfare is the new game of the Call of Duty series and it’s coming out on...
Read More

How to Make a Successful Five Nights at Freddy’s Movie

Author Kevin TashPosted on July 18, 2015January 30, 2017
With the recent announcement of both Five Nights at Freddy’s 4 coming out this August and a movie in the works, it is a...
Read More

Author Marta BrancoPosted on February 17, 2014October 13, 2019
Titanfall Titanfall is currently on open beta for Xbox One and PC. Although the available content is still very limited, it’s entirely possible to...
Read More

Author VgamerzPosted on November 16, 2016January 6, 2017
Football Manager 2017 has been launched for a short while now and, just like with all previous iterations of the game, due to legal...
Read More