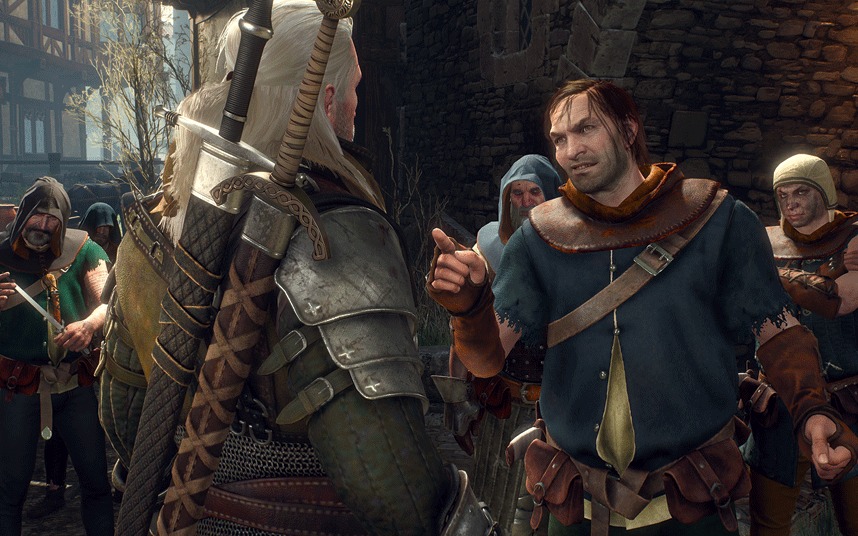 Humans are one of the three major races in the world of Andrzej Sapkowski’s Witcher novels, and CD Projekt Red’s games. Humans are prominent throughout the Nilfgaardian Empire and also throughout the Northern Kingdoms, which were already previously inhabited elves, dwarves, gnomes and halflings. Humans most likely arrived onshore at the mouth of the Yaruga and Pontar Delta. Jan Bekker, the first human mage who mastered the magic of the elder races, then set up the first human settlement.

Once the humans first arrived on the continent more than one thousand years after the elves arrived, they set about conquering the lands. It took several hundred years for the elder races to realise the growing and impending threat posed by humans, but however they were too late by then and then there was war. The humans emerged victorious and all of the elder races were relegated to second class citizens. They are all now simply known as non-humans to the humans.

The humans and non-humans still wage war throughout the Northern Kingdoms, although on a much smaller scale. The non-humans formed the Scoia’tael which is an extremist group with the aim of killing humans. Not all non-humans are against the humans though, and most live alongside them in the cities throughout the Northern Kingdoms, however non-humans are forced to pay a levy simply because they’re not human and they are generally treated much, much worse. Many of the larger human cities are built on the ruins of elven cities which were burned down by the humans. An example of this would be Vizima.

Several riots have taken place in the cities started by the humans about living with non-humans, which has cost the lives of many non-humans. *Spoiler for the end of the books* One of these riots also caused the ‘death’ of Geralt of Rivia, the main protagonist, at the end of the books. However as the games are canon and happen after the books it emerged that Geralt did not die.

Only humans can become witchers.

Humans are similar in appearance to elves and they can interbreed. It is generally considered that most humans now have some elven heritage from when humans first arrived and interbred with elves.

Author Nick ConnorPosted on June 11, 2015October 8, 2019
E3 2015 This year’s Electronic Entertainment Expo is only a week away and there is plenty of excitement surrounding what new games and hardware...
Read More

Maybe the Final Fantasy 7 Remake Is a Bad Idea

Author JorinPosted on June 22, 2015October 7, 2019
Fantasy 7 Listen – I get it. As covered on this very site, the announcement of a Final Fantasy 7 remake is huge news...
Read More

20 Of The Most ‘WTF?!?’ Moments in Metal Gear Solid’s History