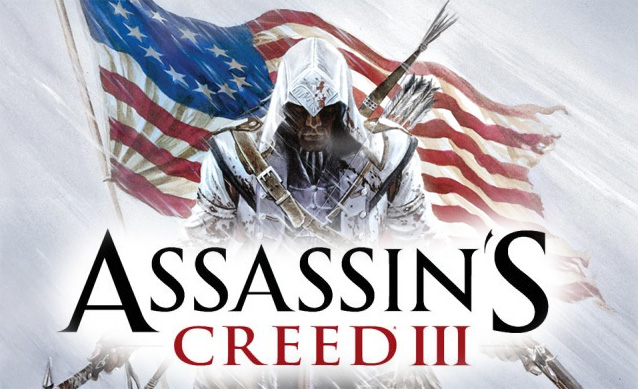 The single player is receiving huge overhauls. Guns will now play a much bigger part in combat, and rightfully so, the game takes place during the American Revolution. Our new protagonist, Connor, is dragged into the affair when his home is attacked by British soldiers. We’re going to be seeing a lot of historical figures in this game, as well. George Washington, Samuel Adams, and Benjamin Franklin, among others.

Guns aren’t the only new feature, though. Dual wielding debuts and allows players to wield two weapons at once. The combat system has received enhancements to accommodate the new guns and dual wielding features. In addition, the free run system has been upgraded, and we can now run through buildings, and along trees as Connor.

Not to mention, Naval Warfare and navigating has received a huge push in this game. As Connor, we’ll be able to command our own ships, and combat other ships. This new feature looks promising, and the graphics look phenomenal during the naval battles. Your crew scurry around, frantic, when being shot at, and controlling the ship against the harsh waves looks tough, but really fun.

The multiplayer is back as well, and has received upgrades as well. There will be around a dozen modes present in the game at release, which is a big improvement over Assassin’s Creed: Revelations. And, a bonus for female gamers, you can now play as females in the multiplayer mode.

Corrin and Bayonetta are the Final Newcomers for Super Smash Bros

Author Nick ConnorPosted on December 16, 2015January 30, 2017
Nintendo has released its final video presentation for Super Smash Bros for Wii U and Nintendo 3DS, detailing the last of the DLC content...
Read More

Author Nick ConnorPosted on September 2, 2016October 13, 2019
Pikmin Almost one year ago, Shigeru Miyamoto revealed that a new Pikmin game was in development and close to completion.  In today’s Nintendo Direct...
Read More