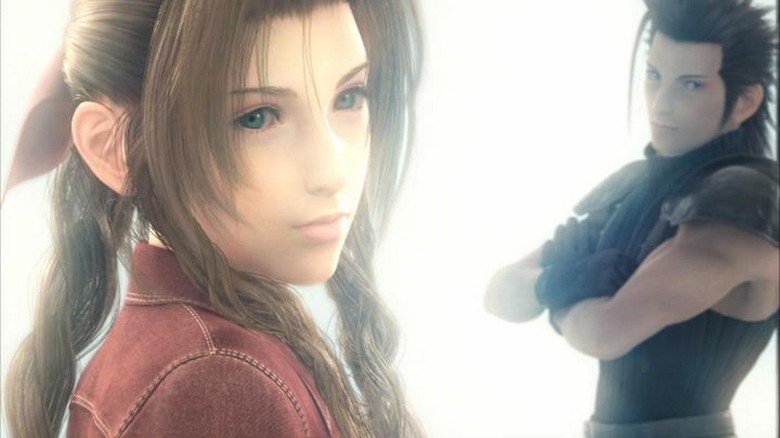 Video Games – some of them have great and immersive stories and more often than not, there are lovers in these video games that we envy or love; and they earn a special place in our hearts. Not to sound cheesy but, one way or the other, they remind us that love is such a powerful force. Unfortunately, not all love stories have happy endings filled with flowers and dancing-in-the-rain sort of romance. As usual, there are spoilers. So if you read the characters of a game and you know you haven’t played it yet, play them first then come back. I believe that these stories will have more effect if you’ve built a strong relationship with the characters. Without further ado, Here are some of the star-crossed Romeo’s and Juliet’s in video games. Enjoy.

Probably one of the most memorable games I’ve played in recent years, Life is Strange. It tells the story of Maxine Caulfield, who discovered that she has the ability to turn back time after seeing her childhood friend, Chloe Price, killed by her annoying spoiled classmate, Nathan from the influential Prescott family. After saving Chloe – through Max’s newly discovered ability – Max opened her powers to Chloe and the pair decided to use it for good. Starting there, the player is brought to a series of breaking in various areas, solving puzzles, and of course, time-reversing moments. All to solve the mystery of the disappearance of Chloe’s friend, Rachel Amber. I won’t reveal who the perpetrator is and jump right to the ending.

Because of Max’s playing around with time, she brought a huge tornado closing in to Arcadia Bay, a fictional coastal city in Oregon. And the only way to save the town is to reverse time to when it all started. At the bathroom where Max saved Chloe using her new ability. It is then the player’s choice to save Arcadia Bay by letting Chloe die or to sacrifice the town to allow Chloe to live.

Imagine yourself as a super space soldier, so powerful that even alien species know your name; then, imagine yourself accompanied by a caring, intelligent, and gorgeous woman who is slowly dying. What would you feel? Would the feeling be the same if I told you she’s an Artificial Intelligence?

Meet John-117 aka Master Chief, a Spartan-class commando of the United Nations Space Command, and Cortana, an AI tasked with assisting the Chief through his missions. Playing Halo for all these years, we develop a bond between the two and the player. Which made the events of Halo 4 devastating for the players out there. We can feel Cortana’s feelings for the Chief during the intro and ending of the live-action film, Forward Unto Dawn, which also acted as an introduction to Halo 4. What hurt more was when Cortana, despite ‘decaying’, harnessed all her remaining power to appear as a human-sized version of herself just to feel and kiss Master Chief. Also that part where Cortana sacrificed herself to save the Chief; I don’t know about you but, that hurt like hell.

Oh, Last of Us, we are going to talk about you again. But this time, we will talk about the DLC, Left Behind. It tells the story about Ellie’s flashbacks as she was looking after Joel after he fell on a piece of metal that pierced his flesh during the course of the main game.

Ellie’s flashbacks showed us the story of how she and her best friend, Riley, worked together and survived the harsh world filled with hordes of infected. Along the course of the DLC, we become attached to the pair. They laughed together, helped each other when in danger, but it all reached the climax when Ellie suddenly kissed Riley – Out. Of. Nowhere. Even I was shocked despite anticipating such a reveal. Despite, their sweetness and joy together, the universe didn’t agree. During their struggles in the mall, both of them were bitten and we all know what happens when you’re bitten by an infected. You turn. You become infected yourself. That just what happened.

Then, they just decided to just wait it out Instead of committing suicide – enjoy the little time they had together. But, things can get worse. Only Riley turned. Yes, Ellie discovered that she was immune and now she is – incoming pun – left behind. Without Riley…what an ending. Thank you Naughty Dog. Neil Druckman, you…you’re awesome.

You must be like, “Final Fantasy…Why am I not surprised?”. Well, unsurprisingly for us, Final Fantasy have some favorable couples in their series. But, we are only going to talk about one pair in particular. If you want to add Ramza and Delita here, be my guest. I was considering them when I was writing this article. *Hysterical laugh* Oh, Ramza. Seriously now, we are going to talk about Squall Leonhart and Rinoa Heartilly from Final Fantasy VIII.

This is probably one of the entries in the franchise that has quite a complicated story that only Whovians can understand right then and there during their first playthrough. Still, we all remember that sweet dance they had during their graduation ball which reminded us of our own Junior Senior Promenades, right? Plus the soundtrack; who didn’t feel something move in their chest every time they hear Eyes on Me play?

Even though the couple didn’t exchange I Love You’s, their love for each other is obvious. They even talked in private on where to meet if they lose their way during their last mission against Ultimecia during the big wibbly wobbly, timey wimey stuff that is the Time Compression Spell. Rinoa also brought out the “sweet and caring” side of Squall who is very serious, introverted, and cold prior to falling for Rinoa.

When I first saw the cover and the gameplay video for the Shadow of the Colossus, I prepared myself for the action and the challenge that was waiting for me. What I didn’t expect was the plot twist that was lurking at the end of the game. I did have mixed feelings when confronting the giant creature guardians dwelling in the world; a mixture of “Do I really need to kill these guys?” and “Meh, let the challenge begin, down you go, big fella!”. Little did I know – honestly, I didn’t really know, no idea at all – that I was releasing a demon with each colossus that I defeat. All I knew when I was playing through the game is that, I was reviving my love that I left on the altar at the beginning of the game.

Then, down goes the last colossus. I just released a demon and I acted as a conduit for the big guy. Yes, I did revive my love but, I fell into the depths of darkness.

Consumed by what I have been slowly releasing through the course of the game. Unable to at least touch a strand of my love’s hair, hold just a shadow of her now-alive beauty, or hear her angelic soothing voice once more. What struck me then was that the game broke my anticipated happy ending and caught me off-guard with a dramatic ending. You can feel Wander’s desire to be by the sides of her love at the ending when you’re controlling him as he struggle against the darkness that was pulling him away from Mono. And then you’ll feel it was all for naught and a same time feel good for the guy. Whether he knew what he was doing or not, it doesn’t really matter. What we all know is that Wander was willing to do everything to bring Mono back.

There are other star-crossed lovers in a lot of video games out there and these are just some of them. How about you? What video game broke your heart after falling for the couple in the game? Which video game couple made you feel what it’s like to love and be loved? Share with us in the comment section below and let’s talk about love and pain.

Hi there, I am an indie game developer. That being said, I AM A GAMER. I make games, I play games, I criticize games...but, it all boils down to one, I love games. I know my way around Unity and Blender.

‘Soul Sacrifice Delta’ and the Lure of the Platinum Trophy

Author Chris LittlechildPosted on September 20, 2014October 11, 2019
Sacrifice For many of us, the lure of the trophy/achievement is a powerful one. It grabs us by the man-plums and squeezes relentlessly. In...
Read More

Author Matt FordePosted on January 8, 2016January 9, 2017
It’s been a smashing time. Sadly, all great things must come to a close. Pulling in characters from Nintendo, Capcom, Sega, Namco and Square...
Read More

The Supply and Demand of Amiibos

5 Games That Will Take You Over 100 Hours to Complete

Author wianeckirPosted on February 7, 2017November 22, 2019
Hours Not all games are created equal. However, that’s the best part about video games. You can play them however you want. Breeze through...
Read More