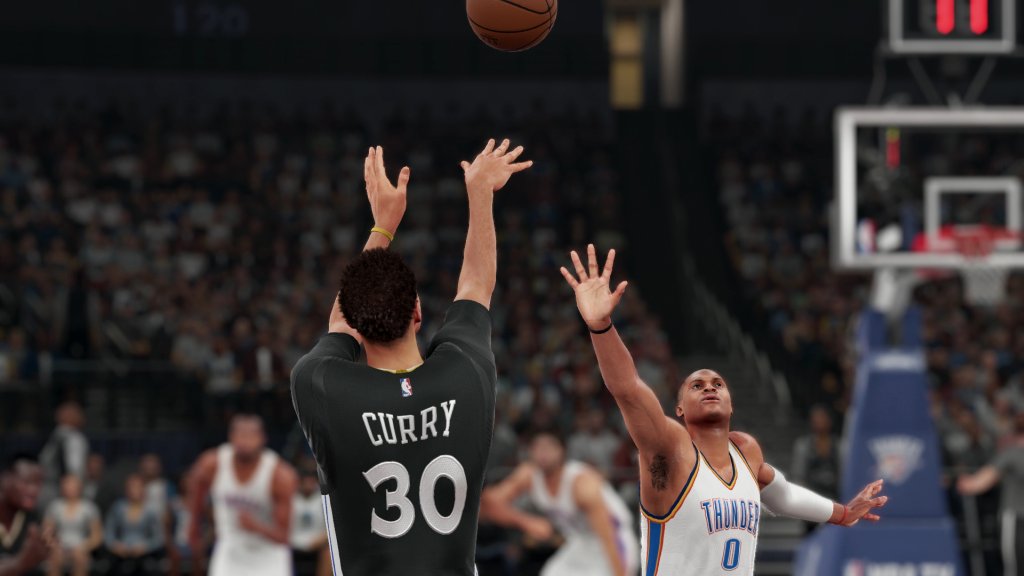 I am back with a new guide on how to build the best players in NBA 2K17 and this time I am going to share with you my insane SG build for NBA 2K17. I’ve been exploring a bit this year and I decided that playing a SG is even better than what I usually play – Small Forward – and it could be even more fun than a Point Guard, because everybody plays PGs nowadays…

So without further ado, if you want to build a killer SG in NBA 2K17, you’re at the right place as I will take you through the process and share with you the most important aspects in creating you’re player. Let’s check this out!

As you probably know already, the most important thing when it comes to building a great player in the game – and a Shooting Guard makes no exception – is selecting the best player height. There are multiple builds out there, many suggestions with insanely tall players that look out of this world, but for my perfect SG build I decided to play things a bit differently and focus on the things that matter. You want your SG to score. You want him to score often. You want to get those points. It’s the easiest way to play and extremely rewarding. So here is how I build my superstar SG:

First, go for the Sharpshooter archetype. Forget about Shot Creator, forget about Slasher builds, as a SG you’ll get the most out of the Sharpshooter. Set your player’s height to 6’3″ and you’ll get 91 in three point and mid range shooting. Now that’s what I am talking about! Don’t forget to set your Wingspan and shoulder width to the maximum in order to get some defensive bonuses as well! Set a decent weight of 180 lbs and you’re ready to roll!

At 6’3″ you won’t be too small, nor too tall to lose a lot in terms of stats. You should obviously focus on your 3 Point and Mid Range stats first, but don’t forget about Agility and Playmaking! Take care of these, work a little bit on the other stats (I’d focus afterwards on Defending) and you’ll soon build that superstar player that won’t be stopped by anybody. You will literally score three after three after three, no matter if the shots are contested or not. That’s what happens with you have 91 in those areas, boys!

So yes, this is by far the best possible build for a SG in NBA 2K17 and probably one of the most lethal player builds in the game, both for My Career, as well as My Park. Anything, actually. Any game mode you try, you will rule it with your shooting. Now that’s what I am talking about – so give it a try and I promise you’ll love this build!

Don’t forget to share your opinions on my recommended SG build for NBA 2K17 below and share any suggestions you might have for making the player better.

Author VgamerzPosted on September 17, 2014October 11, 2019
Sims There are a lot of crazy things that you can do in The Sims 4 and one of them is… explore space! Indeed,...
Read More

Thief: How to Make Money

Author Marta BrancoPosted on March 11, 2014October 12, 2019
Thief Thief is revolutionizing the stealth genre with a mysterious and thrilling adventure. But as every thief, Garrett can’t resist a good catch or...
Read More

Author VgamerzPosted on March 3, 2014October 13, 2019
Glitch I am sure that for every thief out there the prospect of having unlimited money sounds like a dream come true and this...
Read More

7 Tips on How To Prepare And Defeat Any Witcher Contract

Author MostafaPosted on July 1, 2015October 2, 2019
Witcher Contract We all know that Witcher contracts is the essence of the game after you finish the storyline and you only have them,...
Read More

Author Marta BrancoPosted on March 12, 2014October 12, 2019
Primal Square Enix’s Thief features only two bosses during the whole game but they can be tricky, in many ways. The final boss is...
Read More

Author VgamerzPosted on October 27, 2014October 10, 2019
Civilization Virtues in Civilization: Beyond Earth are basically the Social Policies of the previous game, reworked and polished to look and be a lot...
Read More