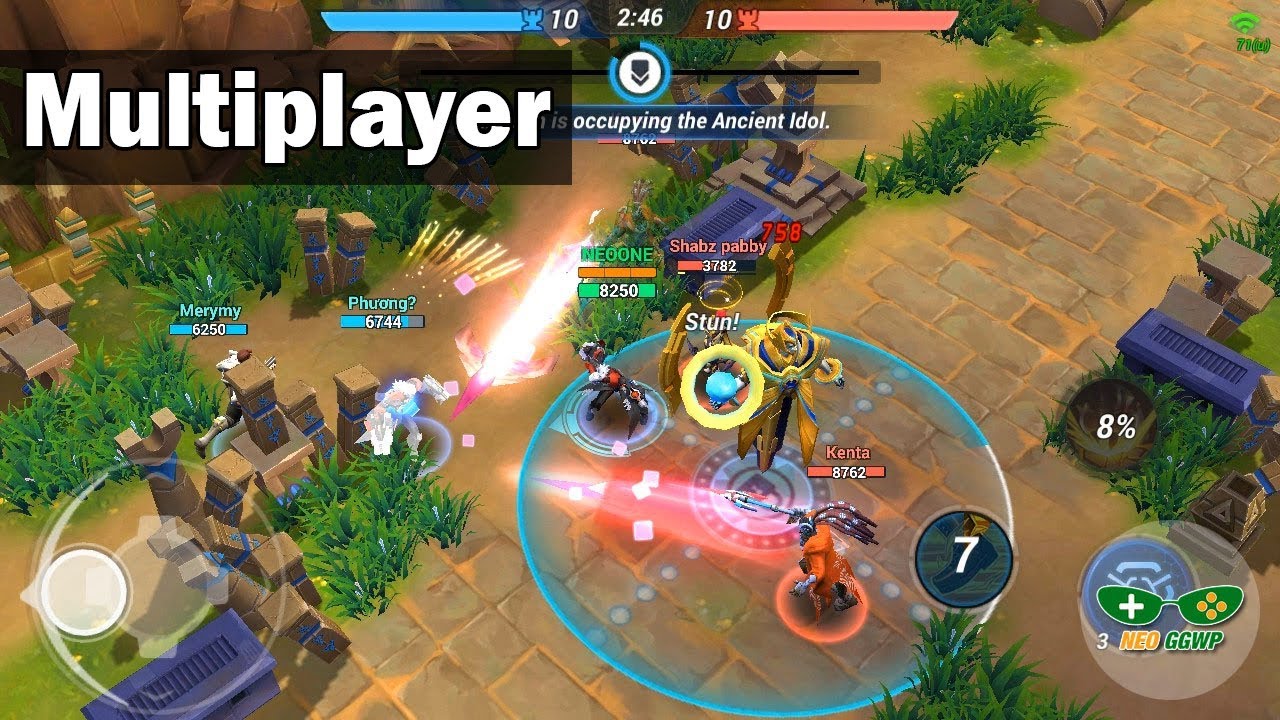 Gone are the days of games that had simple puzzles and people could invite facebook friends to participate in games. Nowadays, tons of new games are developed and available which allow a multiplayer facility to enjoy the whole thing more powerfully. These games include real Pap or co-o, multiplayer elements in the video games make them more interesting and challenging with more players involved. If you are looking to enjoy your time with your friends, here are the best multiplayer games.

The latest multiplayer game on mobile is Adventure Quest 3D which has tons of exciting quests and dungeons to explore. It also provides complete platform support. The game can be played on both PC and a mobile phone; the game stands out from the rest because it has a great multiplayer platform with many people to participate. Since its release, there have been a few hiccups; however, the game is becoming more popular each day.

It is a new popular game that is played very much like its older versions. The game allows players to unlock many cars and various races. The multiplayer capability allows many humans to play with the computer’s artificial intelligence AI or with other human beings, which is why Asphalt Legends 9 is an above average multiplayer game for the video game lovers. You can race quickly with any of your vehicles and the graphics are really very good. The game mechanics are simple. Some people complain that the latest version is a little too simple, but this is an arced game that is simple, yet super exciting.

Critical Ops is a new first-person shooting game that has a traditional look. The game offers a bunch of terrorist threats, the job of the player or multiplayer is to wipe the terrorists out of the planet. The game has no in-app purchases that may affect the playing of a game. However, the players can buy customizations for their gear and compete with the best of their skills.

Cross Road is an arcade platformer, the goal of the game is to cross various streams and roads without killing yourself. The longer a player continues, the longer he or she can survive. The playable characters are great, which is why Cross Road is the best multiplayer game ever. It can take some time to get a grip and kill the enemies; the game is an ultimate entertainment for the whole family

Hearthstone is a card dueling game. The multiplayer game allows players to build a deck with various cards online and then duel other players. There is an option available to test the decks against computer controlled AI players. However, the players have to create a Battle.net account and can easily switch back and forth with their own free will. The game has the privilege to be the older multiplayer games around, the balance of the game is not actually half bad and it is quite popular.

Minecraft is the sweet favorite of a young generation that is the most popular multiplayer game on any platform such as PC or Android. A randomly generated world in the game helps you to do pretty much whatever you want as a player. A cross-platform play on Xbox is also possible with the latest game updates. The games provide two exciting modes to the players including creative and survival mode. In the creative mode, you cannot die without a reason; survival mode spawns bad guys that can kill players easily. The game price is $699 that makes it a much better purchase than many other expensive games.

Why 2019 is going to be Big Year in Gaming Industry

Persona 5: The Royal Is It Worth The Wait?

Author PedroPosted on July 14, 2015January 30, 2017
Warner Bros – the guys who currently own DC and any DC related products – has recently assumed all responsibility for the failure on...
Read More

Author Katia SkysisPosted on January 13, 2017October 13, 2019
Sims Sims 4 by EA has been released for a little over two years now. While it is quite a magnificent game all on...
Read More

Get Castle Crashers Remastered for Free If You Own the Original

Author Daniel PricePosted on September 10, 2015August 29, 2019
Castle Crashers Castle Crashers Remastered released yesterday on Xbox One. The game is, as you might have already guessed, a remastering of the original...
Read More

Author Nick ConnorPosted on June 1, 2015October 8, 2019
Super Smash It looks like the next batch of downloadable content for Super Smash Bros for Wii U and 3DS is gearing up as...
Read More

Author Jordan AtkinsPosted on June 25, 2015October 7, 2019
Witcher CD Projekt Red’s Witcher 3 is one of the more open-ended, massively expansive games in recent memory – with such an immense vault...
Read More