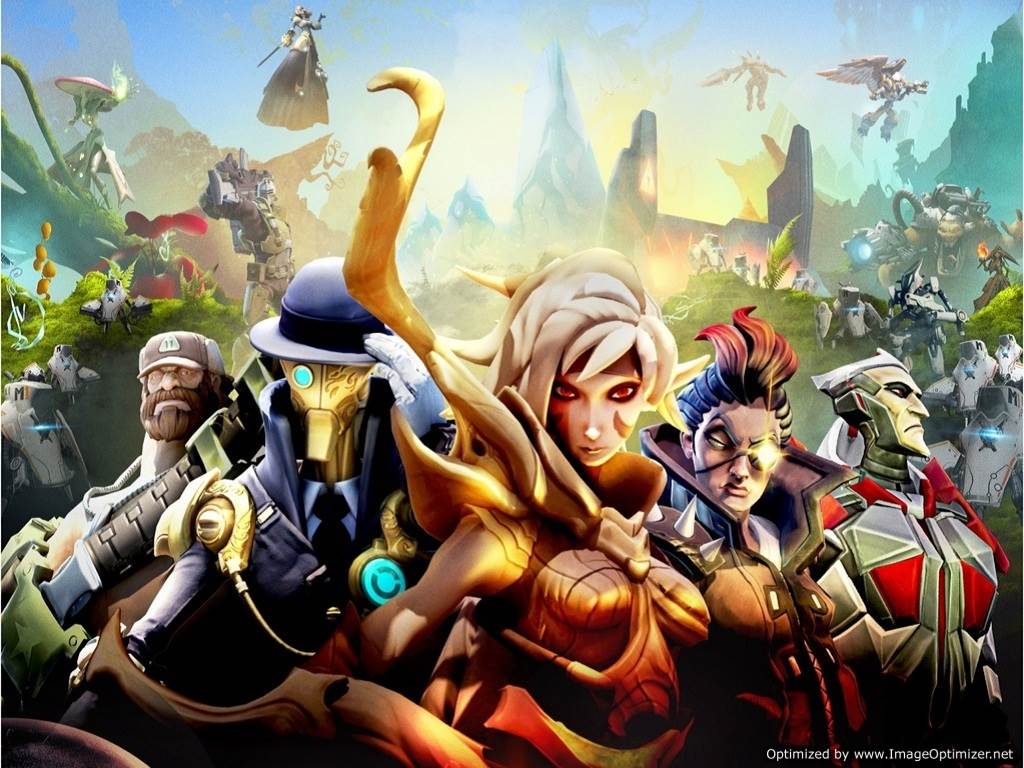 Borderlands creator and famous developer, Gearbox, reveal new details regarding their latest game, Battleborn. Battleborn, as you expected, will have some of the core features of the Borderlands franchise as Battleborn is a FPS title that can be played in co-op mode with a friend. Although Battleborn is said to have some MOBA gameplay elements.

Gearbox VP Steve Gibson explains more concerning how the game came to mind, the game’s genre mix and how the characters were developed.

“Coming out of the success of Borderlands, we started to ask ourselves, what are our strengths as a studio?” Gibson recalls. “What are those strengths and how do we blow them up even further? The first is that we’re good at taking elements from different games and mashing them together. In Borderlands, we took Diablo and made it into a shooter, for example.”

“Battleborn is kind of a mix of three different genres: Street Fighter, elements of real-time strategy games, plus the role-playing shooter thing that we invented in Borderlands.”

“Our other strength is character building,” Gibson continues. “One of the main things fans took out of Borderlands was how much they loved Claptrap and the other characters. So we thought, okay, let’s build a game that leverages both of those, blending genres and building characters.”

Gibson also explained Battleborn’s story further, the main story of Battleborn revolves around the end of all the stars in the universe with the exception of one final star that every race gathers around. They eventually find out the other stars’ death wasn’t just normal but an evil force was behind it and now the evil force is set to destroy the final star in the universe. This is where you step in and since the game will offer many different characters, they will be divided into factions that each has an ideal plan of survival. Factions will fight against each other and this is your PvP mode ladies and gentlemen.

“If you could imagine such diverse races coming together, they would all have different ideas about how to proceed,” Gibson explains. “They will then naturally fall into factions, and inter-factional fighting is where the player-vs-player multiplayer modes come in.”

Here is where things get interesting and new, Gibson states that you won’t have to play with each one of the 25 available characters to level it up, unlike Borderlands, but their will be an overall progress linked to your account.

“In Borderlands, if you maxed out your character, you wouldn’t want to then start from scratch with someone else,” Gibson says, “so we found that out of the four characters, people were only experience one.”

“We’re building 25 characters; it’d be a shame for someone to play just one!”

Also each one of the 25 characters will have their own look, abilities and a distinctive and deep background story. He also stated that during conversations, each character will reply according to their race’s opinion and their life which is pretty difficult but amazing if pulled off correctly.

“The design guys have done a tonne of background work for each of these characters, and as you play them you’ll learn more about them,” Gibson says. “We have way more dialogue in this game than we’ve ever had in any previous game. They will comment on how they feel about the world, but they will also respond to each other.”

“This means that if one guy says something, there are 24 possibilities for which other characters will respond. This is true for every dialogue exchange in the game.” He shakes his head. “It’s bonkers.”

“I said to the design team, do you understand the mathematics of this? How big a voiceover budget do you have?” Gibson laughs. “We’ve been working on this game for a long time!”

Battleborn is said to release early-2016 and it will be available on PS4, Xbox One and PC. Tell us what you think of Battleborn and if it can be even better than Borderlands, I personally think so. (Credit: Stuff.co.uk )

Sega Registers Dawn Of War 3 Domain, Will It Happen ?

Author Rhiannon NeePosted on April 23, 2015October 8, 2019
Minecraft The state government of South Australia has announced a competition for young Minecraft fans to use the game to design a national park....
Read More

Author KarlPosted on July 10, 2015January 30, 2017
The announcement of Fallout 4 didn´t really come as a surprise for anyone, we all knew that the game was in the making and...
Read More