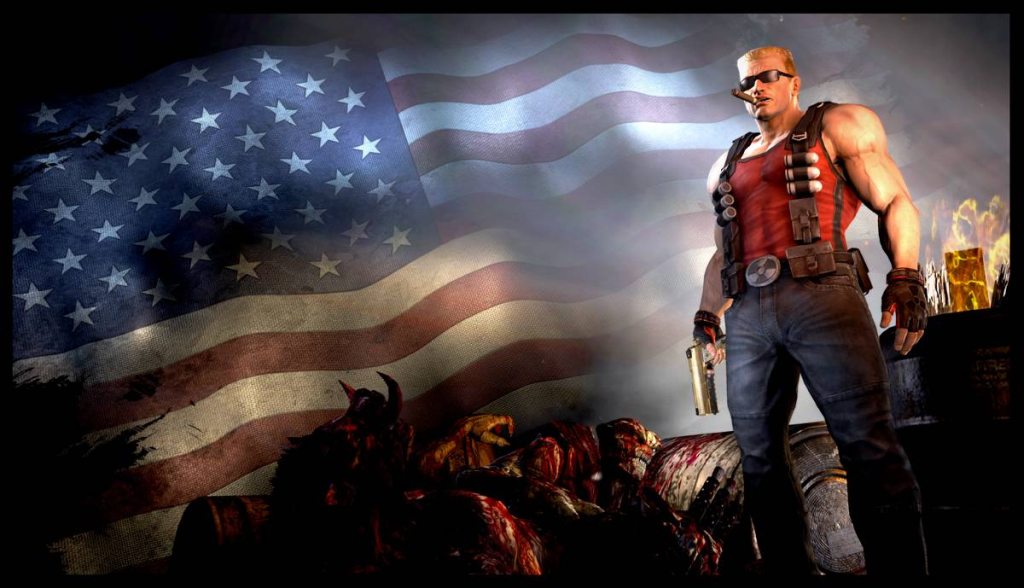 Gearbox, 3D Realms and Interceptor have agreed to put an end to the ongoing battle and give Gearbox the full rights all past and future Duke Nukem games.

This batte for Duke Nukem’s rights for his games had began last year, when Gearbox confirmed that 3D Realms – the ex owners of the frachise – acted illegaly, by starting to develop Nukem Massive Destruction. But 3D Realms continued to act with good faith, and maintained throughout the suit because they believed that they could properly acquire the rights of the franchise.

In a report from CEO Mike Nielsen:

“When Interceptor acquired a license to develop ‘Duke Nukem Mass Destruction’ (‘Duke Nukem Survivor’) from 3D Realms, we did so in good faith and were not aware of any conflictWe never intended to cause any harm to Gearbox or Duke, which is why we immediately ceased development after Gearbox reached out. To secure the future of Duke, 3D Realms has agreed with Gearbox that a single home serves the IP best. And as big Duke fans, we’re excited to see what Gearbox has in store for the ‘King.’ As for our own games, we’re eager to complete development of the ‘Bombshell’ game and get it in the hands of our fans.”

The owners of 3D Realms Interceptor have stated that they never wanted to violate Gearbox’s property rights and that they leave the Duke Nuken franchise in the hands of Gearbox.

And don’t forget, for more on Duke Nukem franchise-related, stay tuned to VGamerZ.

Changes Will Happen in the Final Fantasy VII Remake, and That’s a Good Thing

Author Kevin TashPosted on June 20, 2015October 7, 2019
Final Fantasy Now that E3 2015 is drawn to a close, us gamers can finally sit down and comprehend some of the bombs that...
Read More

Author Nick ConnorPosted on June 10, 2015October 8, 2019
Hyrule Warriors It looks like Nintendo has one less surprise for E3 as a reveal trailer for a 3DS version of Hyrule Warriors was recently...
Read More

Author MostafaPosted on July 5, 2015September 26, 2019
Payday 2 Starbreeze global brand directer Almir Listo was featured in an interview in the previous issue of Official PlayStation magazine. He talked about the...
Read More

“Halo: The Fall Of Reach – The Animated Series” Gets SDCC Trailer

Author DannyPosted on July 11, 2015January 30, 2017
With San Diego Comic Con going on there has been a multitude of announcements, news, teasers and trailers released this past week and all of it...
Read More