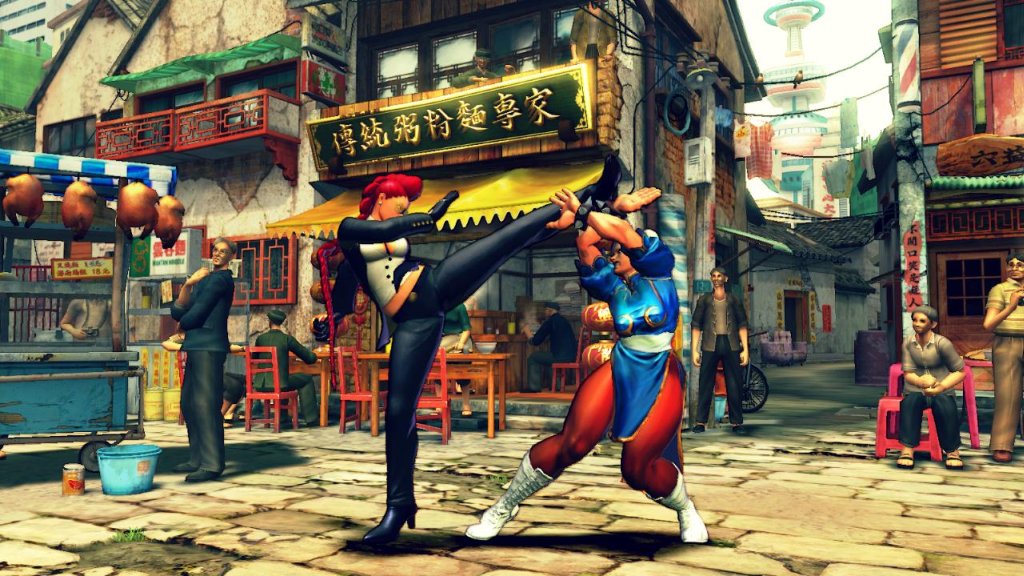 Tekken series producer Katsuhiro Harada was in an interview recently with Famitsu and he was asked about the awaited game that was revealed in San Diego Comic-Con 2010, Tekken X Street Fighter.

Harada states that Namco are deep into development and assures people that they haven’t forgotten the game.

“That’s not true! I’ve been saying this since before, but the fact of the matter is that we’re at a pretty far stage into its development,” responds Harada.

He also stated that Namco’s team had already decided the game’s lineup of powerful fighters from both Street Fighter and Tekken rosters since the game was announced and that they have finished the fighters’ models and moves already.

“It might seem like we haven’t started on it at all, but the character lineup has been decided upon since a very long time ago, and we’ve already finished the polygon models, moves, and systems,” says Harada.

Tekken X Street Fighter still didn’t have a release date but we’re happy to even get a development status update about the game and check that it’s still alive. ( Credit: Siliconera )

Marvel Games May Be Coming To Consoles Soon

Bloodstained Kickstarter Closes With Over $5.5 Million, All Stretch Goals Met

Author Nick ConnorPosted on June 13, 2015October 8, 2019
Bloodstained Now reigning as the most heavily-funded video game on Kickstarter, Bloodstained: Ritual of the Night has blown past Obsidian’s $3.9 million campaign for...
Read More

Author SamPosted on July 18, 2015September 18, 2019
Fermi Fermi, the action-loaded arcade game will be making an appearance on Xbox One in summer 2015 via the ID@Xbox self-publishing program. Players need...
Read More

Author VgamerzPosted on January 19, 2016January 9, 2017
For a while now, we get e-mails from people saying that they’re having big trouble finding matches in Star Wars Battlefront and they have...
Read More

Author Simon O'NeillPosted on July 19, 2015January 30, 2017
As an avid discount gamer, I get anxious for all of the new flash sales Sony is dropping on a pretty regular basis. They...
Read More