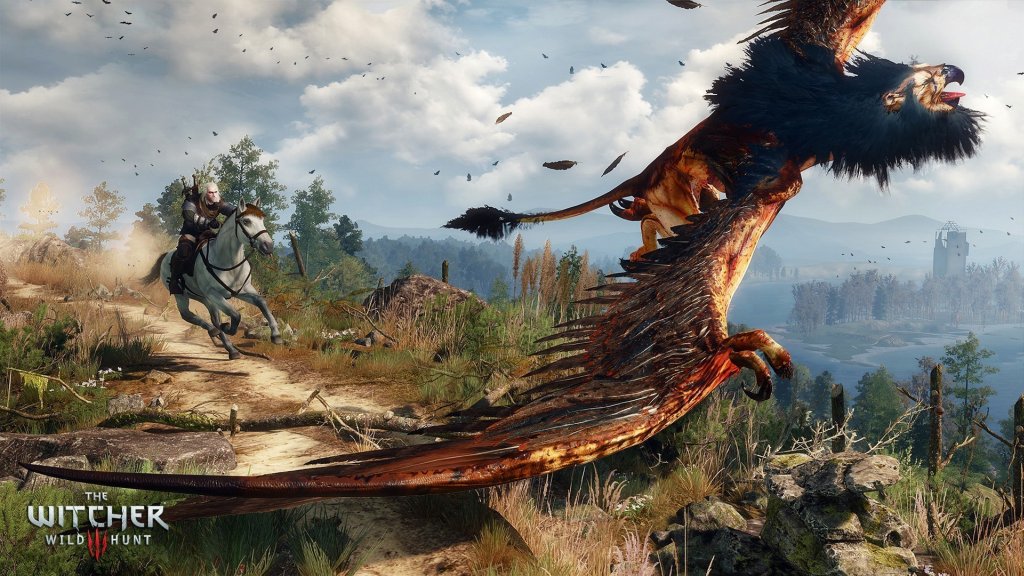 The gameplay trailer is narrated by senior level-designer Peter Gelenscer giving the viewers a guided tour of No Man’s Land, one of the huge regions on this game.

In the trailer you are shown Geralt traveling through the outside wildlife, eventually being attacked by wolves, followed by Geralt arriving at one of the many villages you will most likely encounter, having a conversation with one of the townsmen which initiates a quest to find the missing Traders that never arrived, to finally fighting a Wyvern, a really big nasty creature that most players will end up dealing with…unless you decide to turn tail and run that is.

The trailer is pretty impressive, showing a few of Geralt’s many spells, his Witcher sense which allows him to see things most people can’t see with the naked eye, and the battle with the creature he has is a treat to see.

Take a look at the trailer below for yourself.

The Witcher 3: Wild Hunt’s current release date is May 19th, 2015 set to release to Xbox One, PS4, and the PC. Visit www.thewitcher.com and buy.thewitcher.com for more information about the game and pre-order availability worldwide.

Author Simon O'NeillPosted on September 19, 2014October 11, 2019
Deep Down One of Capcom’s most intriguing games, Deep Down, has received a new trailer courtesy of TGS 2014. The trailer displays a different picture...
Read More

Author VgamerzPosted on March 10, 2020March 20, 2020
When it released last September, Mario Kart Tour quickly became one of the best mobile games on the market. It was everything fans loved...
Read More

Author Jordan AtkinsPosted on June 25, 2015October 7, 2019
Witcher CD Projekt Red’s Witcher 3 is one of the more open-ended, massively expansive games in recent memory – with such an immense vault...
Read More