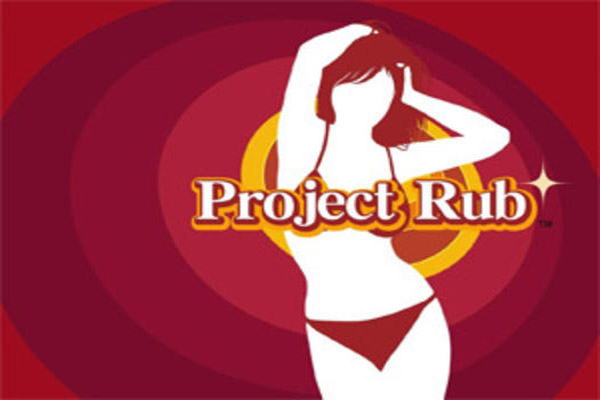 Hard as it is to comprehend now, the DS’s touchscreen blew minds left, right and centre when it was announced. In the early 2000s, this was pretty well unheard of, and particularly so with regards to a games console. Generally, any screen-touching at that time would only result in that weird rainbow-coloured-warpiness effect.

It was new and unfamiliar territory. We tentatively began to paw at the DS’s display like a cat when a mouse appears on TV. Confused and intrigued and a little hungry. What we needed was a comfortable and entertaining introduction to this brave new world. A game that would deliver on all of Nintendo’s ‘intuitive’ prattle.

That title was Project Rub. Buckle up, ladies and gentlemen, there’s a heaping helping of madness right here.

As we know, regardless of the console, minigame compilations are nothing new. This peculiar effort from Sonic Team is another of them, but it has all the quirky charm it needs to be forgiven. It’s a love story at its heart, with you playing the role of an anonymous hero who falls in love with a passer-by. From those rather cliched beginnings, we embark on a lunatic tale indeed.

Said minigames see you massaging a man’s stomach to free a trapped goldfish, poking at rampaging bull-men to ‘pop’ them, and… pawing at your lady-love’s body in all kinds of bizarre fashions. Project Rub was deeply eccentric and oddly compelling, and its silhouette artstyle only added to its charm.

Its sequel, The Rub Rabbits!, expanded upon all of this. Here, your character has his own smitten admirer, and the love triangle makes for an entertaining narrative. But that’s not really why you’re here, as the games took a further turn for the crazy-ass. At one point, you’ll have to turn your DS upside down to navigate a crop of palm trees, which are being attacked by a giant marauding mecha-crab. That’s not a sentence you get to hear very often, which pretty well says it all.

The travesty, then, is that there has been none of this since 2005. The original was –ironically– the game that made me fall in love with the DS, and this fairly obscure series has a cult following. Will we ever see another?

The Best Easter Eggs of Spring 2014

Author VgamerzPosted on May 12, 2014October 12, 2019
Flame If you want to get the shiniest horns ever in the Bound by Flame history, you might want to check out our tips,...
Read More

The Sims 4: 5 Reasons Why You Should Play This Game

Author Marta BrancoPosted on September 10, 2014October 11, 2019
Sims Opinions diverge drastically when it comes to define The Sims 4. It’s true that over one hundred things are missing from the previous...
Read More

The Sims 4: 5 Reasons Why This Game is a Huge Flop

Author Marta BrancoPosted on September 6, 2014October 11, 2019
Sims After five years, Electronic Arts has finally released a new Sims game but the reception hasn’t been the best so far. Gamers and...
Read More

Wolfenstein The New Order: 5 Reasons Why You Should Play This Game

Author Marta BrancoPosted on April 17, 2014October 12, 2019
Wolfenstein Wolfenstein: The New Order is the ninth game of the Wolfenstein series and the first one since more than two decades. Machine Games...
Read More